Maksim “Maks” Sukhanov is one of Russia’s most recognisable and acclaimed actors. His career began in theatre in the perestroika era, before a breakout role in Valery Todorovsky’s crime 1998 crime drama Country of the Deaf put him in the cinema spotlight. His work in mainstream and arthouse films ever since has demonstrated his range and sensitivity. Returning to the crime genre with Anastasiya Palchikova’s Masha, he brings menace and pathos to the role of provincial gangster “Pops”. We spoke with Maks about his work on the film, memories of Russia’s wild nineties, and the future of Russian filmmaking. Masha is available to watch on Klassiki until 14th October. 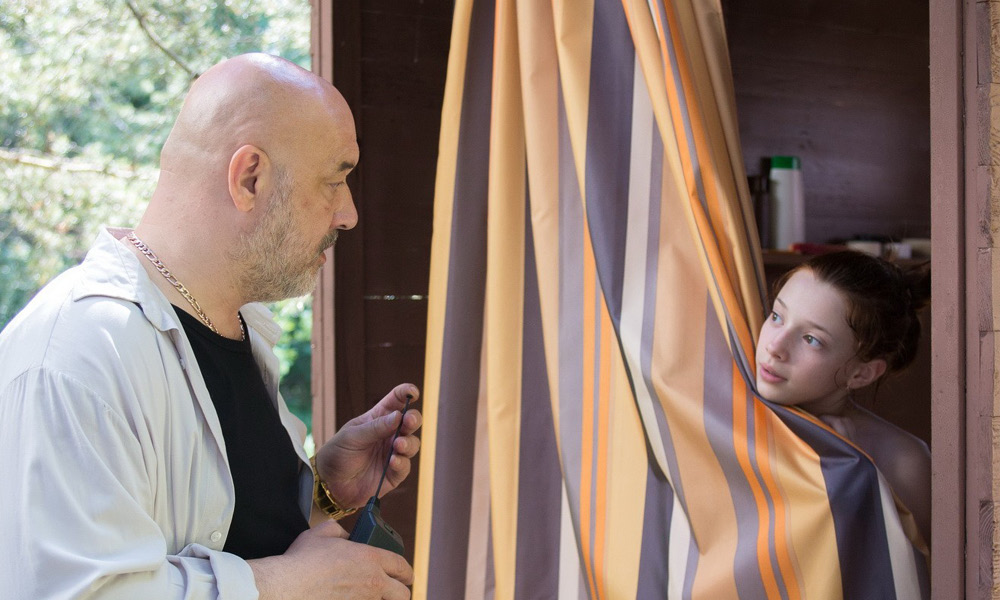 Klassiki: How did you come to be involved in Masha? How were you offered the role?

Maks Sukhanov: I didn’t know anybody from the film. Like usual, I read the screenplay first. And I understood, having read the script, that my character — not discounting that from almost all perspectives he was loathsome — nevertheless, it was obvious that he had become this way because of circumstances. And, in his soul, he was an absolutely different kind of man. That is, in his soul, there is this polarity, in which you could develop the role from kindness to cruelty. So, I read the script. They told me this was the director’s debut. We met, and, you know, we immediately found a common language. She is first of all a very nice person; secondly, right from the beginning it was clear that she knew what she wanted. We did a screen test, and I saw how she worked with actors: she really says helpful things, if she doesn’t like something she is able to say exactly why — and this happens rarely, by the way. And therefore, we grew together. We began to fantasise. It all came together very quickly. I really loved the film. My impression was that it was a different story from the films I had already seen about the ‘90s.

K: How does Masha differ from those other films? And why? Is it because the director had this personal experience?

M: You know, you are right. The director, she knew: first and foremost [she had] this experience. Second, it was a very personal story, because it was autobiographical; and, as a girl, the director was very close to the atmosphere found in the film. I also think that from today’s point of view, [that time] is already a little bit distanced or removed. So I think the layering of time as well as a strong understanding of the subject give the film the correct “vibrations”. She [Palchikova] is quite detailed about the casting of roles, and this also of course plays its role. Anastasiya is a creative person, and she is always working: as a screenwriter, or as a director. She naturally was not exhausted by the process, you know? That is, she was completely in the process, and we were carried by that. This happens very rarely when a director has already made many films; it is rare that this is still left after spending their entire life creatively. But here, because it was her first picture, everything was, well, “for victory”.

There was a lot of choice in the ‘90s, you know. Especially after the communist past, after the era of stagnation, after Stalin, after the tsars: after all that, there was hope. A genuine hope, not an imitation of freedom. And so we still return to that time as a reminder that it was possible

K: One of your most famous roles was back in 1998 in Country of the Deaf. Why do directors return again and again to this theme of the ‘90s? The trend is especially strong now: for example, a few months ago, we showed the film Crystal Swan from Belarus, which was a film about the ‘90s made by a young woman. Why do you think it is so interesting to people?

M: I think that generally Russians return all the time to those periods which are on the edge, which are intense. We often do the same with films about war, and the war has been over for some time! Moreover, we make these films from the same old point of view, like we did years ago: they’re about heroism, about patriotism, and so on. We want all the time to show that we do not come in second or third. We ought to be first. OK, if we arrived late to some things, if we were behind in some things — let’s say by a hundred years —then at least here we can say we are absolutely out in front. We’re trying to prove something to ourselves, and to others. And I think the ‘90s was a time of continual war and a fight for survival. Plus, of course, the decade is located at a turning point in history, where we could have gone towards greater freedom and true democracy. There was a lot of choice back then, you know. Especially after the communist past, after the era of stagnation, after Stalin, after the tsars: after all that, there was hope. A genuine hope, not an imitation of freedom. And so we still return to that time as a reminder that it was possible. Despite all the awful things, people started to breathe again, almost as if they were coming out of a cage. They started to fantasise and live creatively. Naturally, it didn’t happen without mistakes. People started to veer off the beaten track, or, as we say, they started to walk “in the fresh, untouched snow”. So I think films about this period act as a gateway to that [lost] hopeful future, if you see what I mean.

I can say that if you were to go to Saratov, you’d see the same sort of thing that was going on in the ‘90s. The architecture, and many of the same sort of characters… I have a friend who lives in Berlin. He’s from Saratov, and occasionally he goes back because he’s got a summer house there. He loves to spend a bit time there, down by the Volga. He says that everything around there, it’s like nothing has changed. He says, before I returned with a sense of nostalgia, but now when I return it’s almost scary — like I never left. It’s awful. And I think these types of feelings are the same things Nastya [Palchikova] feels and that’s why the story [in Masha] is almost autobiographical. She holds these feelings and needed to express herself on the matter. It’s always interesting, you know, to work with a director who is personally invested in the problem of what they’re doing. 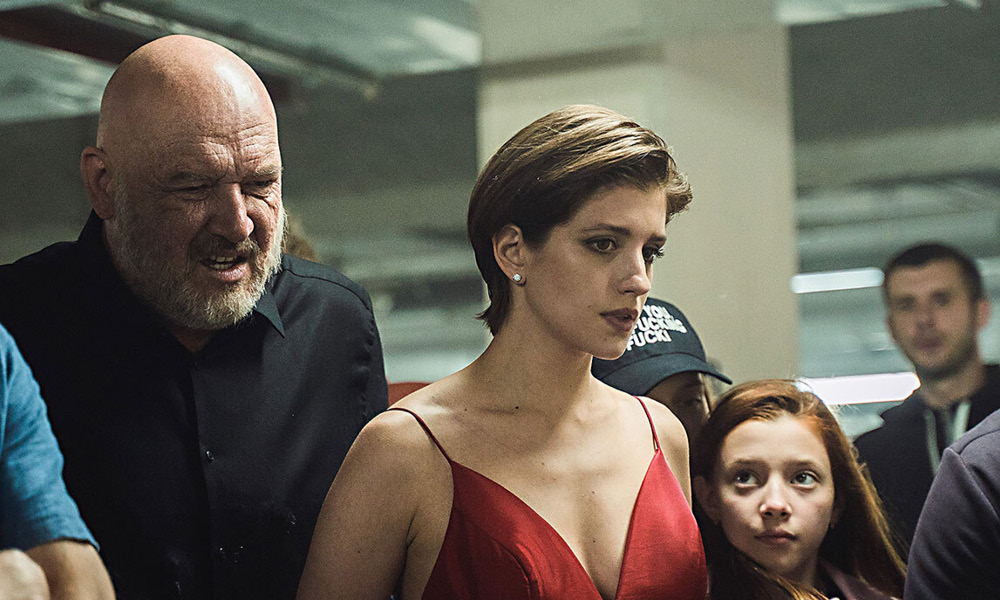 K: I get the impression that there is this new wave of female Russian directors. For example, on our platform we’ve screened Anastasiya Palchikova, Valeria Gai Germanika, Anna Melikyan, and others. What kind of hope do you have for contemporary Russian film?

M: I would say that the amount of money currently is enough to make films and experiment, and talented people are doing both of these things. And thank God they are. I don’t know how long this will last, in connection with the situation right now, or how long people will be allowed to make such personal statements. Therefore I don’t want try be an oracle, or a fortune teller. I hope that it will continue to develop in this way. There are some things of course which sadden me, including the number of bad films which are being made, that’s also sad.

With regards to female directors, well, I’ve been saying for a long time that I get the feeling that we are living in an era of latent matriarchy, which is quite understandable, and that it’s a good thing that women can draw on their centuries-old experience of oppression, cunning, sophistication of mind, and everything else, and have begun to seize more and more territory — and not only in the film industry. I think that if it continues in this way, then men will have to try very hard in the future to even be comparable to women. I think this is a completely natural process. This kind of liberation of the art world, the business world, for women. I think this is a good thing. I would like the world to retreat away from the patriarchy, which it has grown very tired of and which is in fact quite primitive, and move toward a kind of new and interesting form of mutual relationship. And I think this is a very natural process.

K: Is there a role you really want to take on? And what is it?

M: Justine, you know, I’ll say this: I still have a real curiosity about this profession, in that I feel I have the potential to do something interesting. First and foremost for myself, but also in the estimation of others. In terms of a specific role, I can’t say. I’m not that kind of dreamer. What I would like is for a director to specifically call me up for their project, and know that this is a role exactly right for me, and that I am precisely what they need. I have not grown tired of this job. I really am a curious person, you know. I can happily combine what I do in films and in the theatre with other sorts of things, and they are a counterpoint in my life. And so everything in general is somehow very harmonious. That’s how I would describe it.

Watch Masha as part of Klassiki’s Pick of the Week selection until 14 October.