Faith in images: the post-war visions of Miklós Jancsó and István Szőts

A hugely influential but often overlooked figure, István Szőts helped to shape Hungarian film history despite only completing two features. His 1948 masterpiece Song of the Cornfields had a profound impact on the great Miklós Jancsó, who shared his predecessor’s humanist empathy for those who have to remake the world after the end of war. 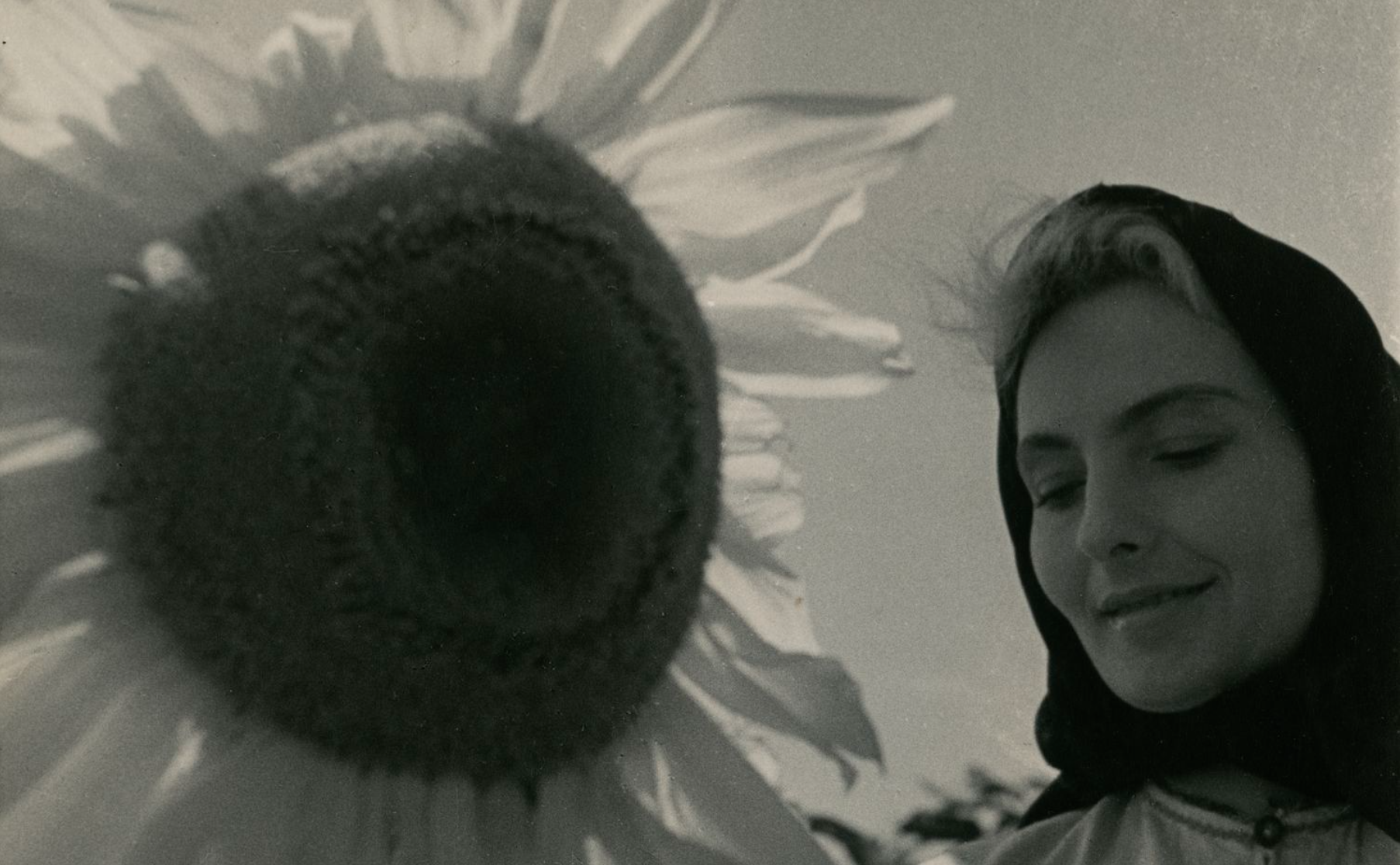 Alice Szellay in Song of the Cornfields (dir. István Szőts, 1948)

A director’s place within their nation’s film history is a fickle thing; even more so when censorship, emigration, and other displacements have muddied the waters of heritage and inheritance, as was the case for much of the twentieth century across central and eastern Europe. Establishing “influence” in these circumstances can mean seeking out parallels, coincidences, refractions. A case in point is the relationship between István Szőts’s Song of the Cornfields (1948) and Miklós Jancsó’s My Way Home (1965) – two films about war, landscape, and masculinity that speak to each other across near-two decades of turbulent Hungarian history.

István Szőts may have been Hungary’s first great “modern” director, the link between its domestic cinema and the movements that would reinvigorate post-war European film. He completed only two features, Cornfields following on from People of the Mountains (1942). Despite this, Szőts had a profound impact on the “red modernism” (in J. Hoberman’s term) of the auteurs who defined Hungary in international cinephile eyes in the 1960s and ‘70s. István Szabó wrote that “anyone who loves and knows Hungarian cinema even a little knows the role of István Szőts.” Miklós Jancsó – alongside Béla Tarr, surely his nation’s most celebrated filmmaker – called him “the Hungarian Eisenstein […] one of the fathers of film conceived in [terms of] images.” Tellingly, in the same interview, he posited that one moment from Song of the Cornfields – maidenhair trees shaken by a storm – would be running through his mind when he died.

This adulation, though, hasn’t helped Szőts to escape from relative obscurity, even within Hungary; Szabó described Szőts’s lack of renown amongst younger filmmakers as “desperate”. People of the Mountains, an adaptation of the short stories of József Nyírő set in the Székely woodcutting community of the director’s native Transylvania, was shot under the fascist regime of Miklós Horthy. Against the wishes of the state film committee, it was entered into the Venice Film Festival, where it won first prize and was praised by the forerunners of Italian Neorealism for its non-professional cast, naturalistic dialogue, and foregrounding of the relationship between landscape and labour.

That thematic concern survived into Szőts’s follow-up, if not the style: Cornfields is expressionistic, almost melodramatic, where Mountains is bracingly direct. Szőts recast the leads from his previous film, Alice Szellay and János Görbe, for his adaptation of Ferenc Móra’s novel about life on Hungary’s puszta steppe-lands in the aftermath of the First World War. Ferenc (Görbe), a soldier returning home after escaping a prisoner of war camp in Russia, is taken in by Etel (Szellay), the widow of his brother-in-arms Rókus, long-since perished in Siberia. Ferenc and Etel grow closer, but their tentative romance is threatened by the shadows of the personal and national tragedies that have brought them together. Where People of the Mountains had fallen foul of the fascists, Song of the Cornfields was lambasted by the country’s new communist bureaucracy for its sympathetic depiction of traditional rural life and denied a general release until the 1980s. Szőts made one more short film in Hungary before emigrating to Vienna after the failed revolution in 1956, where he lived out his years producing documentary shorts. 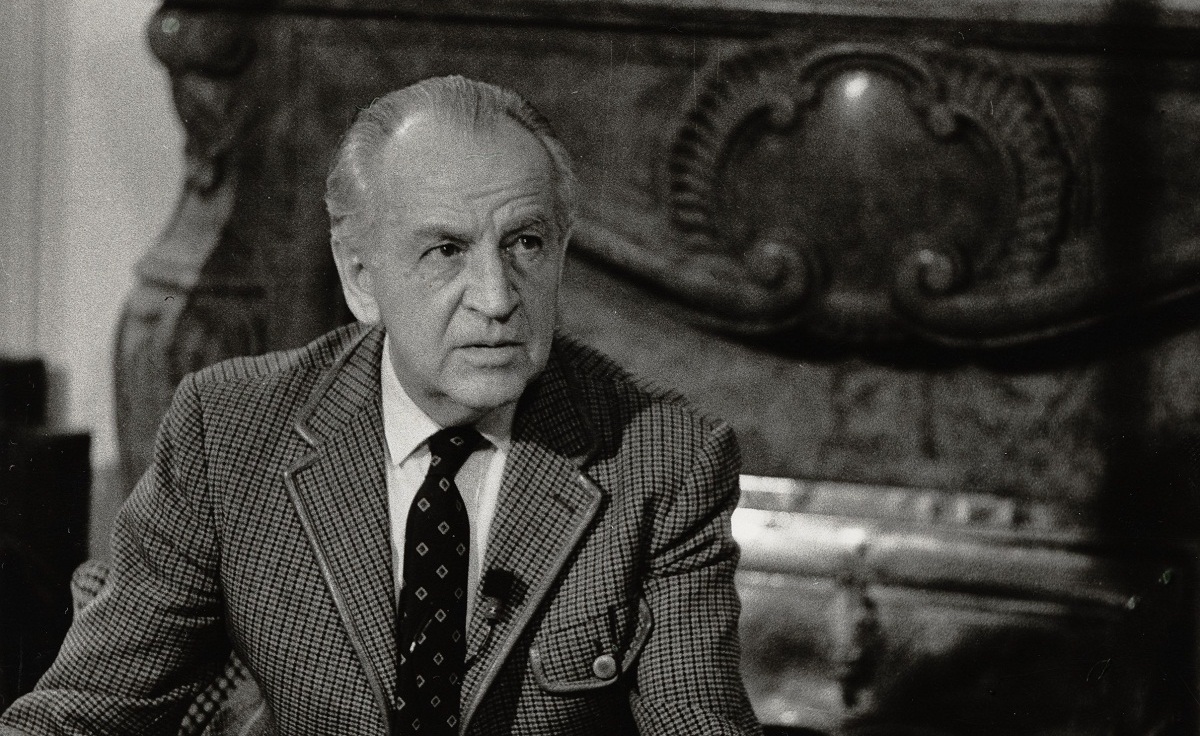 His two Hungarian features are united by what Jancsó called “faith in the image”. That faith was a necessity. Szőts was not granted the time to craft a signature style; he came to directing seemingly fully formed, with a potent visual imagination to hand. Jancsó, who graduated from state-sanctioned newsreels to feature filmmaking, would ultimately rack up 33 full-length titles as well as scores of shorts and documentaries. After the growing pains of his first two features, The Bells Have Gone to Rome (1958) and Cantata (1963), My Way Home represents the first flourishing of his singular cinematic worldview – the moment at which he started to have faith in his own images.

Set in the dog days of the Second World War, the film follows Jóska (András Kozák), a teenaged Hungarian soldier trying to get back to his village as the bloodshed subsides around him. His peripatetic journey across the Russian-occupied puszta sees him caught in a cycle of capture, imprisonment, and release. At one point, he is left by his Russian captors with one of their wounded to guard a herd of cows. A friendship emerges between Jóska and his nominal guard Kolya (Sergei Nikonenko), despite their lack of a common language. My Way Home was quickly overshadowed by the string of masterpieces that followed it, and which established Jancsó’s international reputation: The Round-Up (1966), The Red and the White (1967), Red Psalm (1972). But the seeds of that mature work were already there in 1965: the serpentine long takes that play games with perspective; the excavation of the Hungarian landscape in search of historical lessons about power and justice; the soundtrack of folk songs and mismatched languages.

the seeds of Jancsó’s mature style are here: serpentine long takes that play games with perspective; the excavation of the Hungarian landscape in search of historical lessons about power and justice; the soundtrack of folk songs and mismatched languages

And at this formative moment in Jancsó’s career, the influence of Szőts and of Song of the Cornfields in particular seems to have been at its highest. The almost uncanny parallels between the two films are there in both narrative contrivance and thematic concern. Separated by a generation, both directors picture the end of the war as a perilous journey back towards domesticity, the landscape peopled with the peripatetic and the wounded. Both films offer critical but empathetic portraits of masculinity amidst its own ruins – Szőts’s traumatised veteran, Jancsó’s hapless adolescents. Both are concerned with the profound connection between ordinary people and the landscape of the plains, and both reimagine that same landscape as treacherous, as though poisoned by the preceding violence: Jancsó via the minefield that demarcates Kolya’s and Jóska’s makeshift homestead, Szőts via the marsh that drowns Ferenc’s and Etel’s young daughter.

Most movingly, each film centres around a fragile yet tentatively hopeful relationship whose seeming “unnaturalness” is posited as an all-too-human response to the alienating violence of war. Ferenc’s and Etel’s faltering courtship gives each the strength to live with the ghost of Rókus, the man whose death both binds them together and – ultimately, tragically – undoes them. Sequestered from the adult business of military occupation in their ruined hut, Jóska and Kolya are allowed the time and space to work through their mutual incomprehension and distrust. Indeed, at points they seem to be acting out a parody of domestic bliss, milking and herding their herd, cooking each other meals, sleeping cheek to jowl. Crucially, both directors insist upon the presumption of innocence. No matter what wartime acts have been committed, the only way to go on living in the aftermath is to afford all involved a blank slate. That both films end with their central relationships broken apart by forces beyond their control does not undermine their keen empathy. 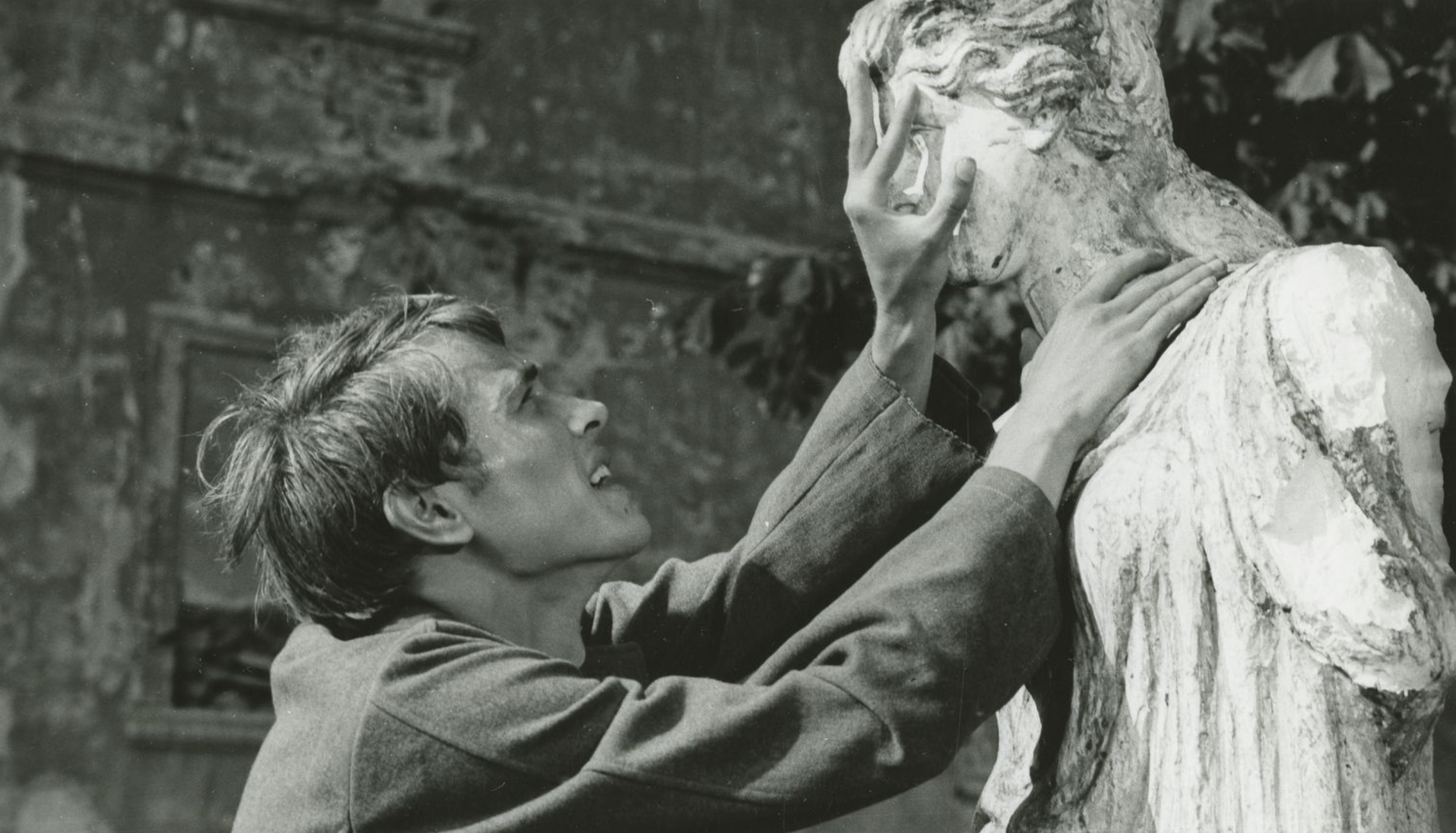 To be sure, the films are not all alike. Jancsó may have been inspired by Szőts’s “faith in the image”, but the images themselves are quite distinct: My Way Home has more in common with the French and Soviet New Waves than it does with Cornfield’s passionate classicism. Szőts deals in pathetic fallacy, all storms and sunshine; Jancsó’s landscape is more impassive and desolate. Szőts’s Ferenc is wracked with guilt, prone to tortured flashbacks, and the director provides a kind of Greek chorus in the form of Etel’s live-in parents that leaves little room for ambiguity as to the emotional stakes for all involved. Jancsó’s Jóska, in contrast, is more like an empty cipher onto which the shifting loyalties of the post-war settlement are projected – hence the presumption on the part of seemingly every Hungarian he meets that he must be a pro-Russian collaborator.

The looming spectre of Russia perhaps provides the key to understanding the deep biographical connection that binds Jancsó to Szőts’s Hungarian swansong. Invoking life experience in this way is always risky, but in this case irresistible. Ferenc’s and Rókus’s imprisonment and escape from Russian captivity in Song of the Cornfields is the kernel of the whole narrative that follows. Jancsó, who was drafted in March 1944, was himself captured by the Red Army and spent six months as a prisoner of war outside Leningrad. It is surely no coincidence that the film that saw the first blossoming of Jancsó’s directorial vision picks up from Szőts that play between captivity and liberation, and that image of the homeland left uneasy in the presence of the overbearing empire to the east.

Biography and post-war politics aside, though, we can always return, as Jancsó did, to Szőts’s inspirational “faith in the image”. At Jancsó’s funeral in 2014, the critic Jonathan Rosenbaum called the director “one of the great lost continents of world cinema. […] With the possible exception of Sergei Eisenstein I suspect that Jancsó remains the supreme example of a film artist who views history as a multi-layered and passionate form of pageantry, something to be sung and danced…” Those in the know might suggest another lost continent worthy of rediscovery, one where Jancsó’s ideas first took root.

Watch Song of the Cornfields and My Way Home on Klassiki now.