We’ve selected five of our favourite love stories on Klassiki for this weekend.

From Russian romantic comedies to Central Asian coming-of-age biopics, there’s certainly something for everyone to fall in love with.

A wonderfully whimsical tale of amorous indecision and self-destruction from the undisputed master of animation Yuri Norstein.

This sprightly ten-minute animation details a “will they won’t they” romance between a dashing heron and a vaudeville crane. Ultimately in this tale, hope is not a thing with feathers, but pride certainly is.

This director’s debut is a tender testament to the transformative experience of first love.

A deeply personal work, Abdykalykov draws on his own childhood in a small Kyrgyz village to paint a resonant picture of passion. The word ‘selkinchek’ means ‘swing’ in Kyrgyz; Mirlan spends his days pushing Ainura, the object of his affections, on this childish symbol of joy. Then, the visit of a sailor and a shell shatters Mirlan’s dreams. For the first time, he endures the sweeping highs and lows of love. Shot in nostalgic black and white and rife with symbolism, this delicate classic deftly explores the rampant pain and unbridled passion of first love. 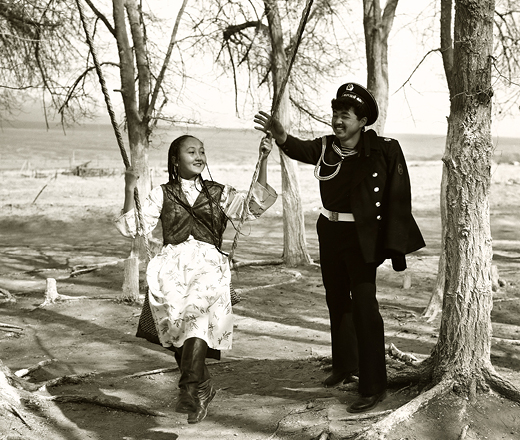 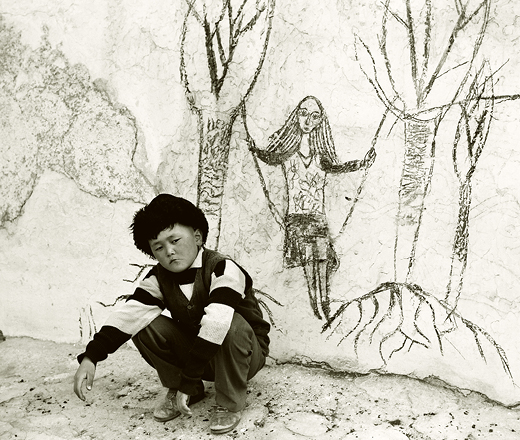 Getting to Know the Big Wide World (1978), Kira Muratova

This is Muratova’s favourite of her works, a love triangle set in the strange liminal world of a construction site.

In amongst the rubble and rebuilding, an intimate psychological portrait is painted against the shifting space. Lyuba is caught between Misha, a painfully shy amputee, and Kolya who is sometimes cruel and often melancholy. A beautiful vision of love, neurosis and competition that details the nuances and vagaries of romance. Executed with Muratova’s unique directorial voice, it is a must-see for cinephiles this Valentine’s Day!

The Soviet answer to Richard Linklater’s Before Sunrise, directed by the staggeringly talented Tatyana Lioznova. A chance encounter leads to a genuine human connection in this engrossing piece: when provincial mother Nurya visits Moscow to sell ham, she finds herself in the company of Sasha, a gruff taxi driver. The film explores the mystery of instant attraction and truthfully explores the potential of soul mates. A beautiful ephemeral piece about stolen moments that is bound to make you feel nostalgic.

The Most Charming and Attractive (1985), Gerald Bezhanov

We are thrilled to screen The Most Charming and Attractive this Tuesday for our Pick of the Week!

A chance meeting lands Nadia, a lively and unpretentious young woman, in a programme to catch a man. In a film that subverts the Hollywood ‘glow up’ trope, Nadia is not an instant princess, like Mia Thermopolis. Instead, the film is hilariously realistic; Nadia’s bemusement to the quintessentially Soviet kitsch of the 1980s all add charming authenticity.  Following the advice of Suizanna, a childhood friend and sociologist, Nadia finds herself flung comedically into a world of ill-fitting glamour as part of a journey to self-acceptance. A funny and empowering film to watch this Valentine’s Day.