Since I started working with Klassiki earlier this year, I’ve reconnected with old Soviet favourites and discovered contemporary voices. Helping to bring new films into the library gave me the opportunity to think back over the rich film history of the region and to spotlight moments of invention, repression, and subversion. Any list I could compile of favourite films would necessarily be a provisional one, but here are five picks from the Klassiki library that I think represent a cross section of the best Soviet and post-Soviet cinema. 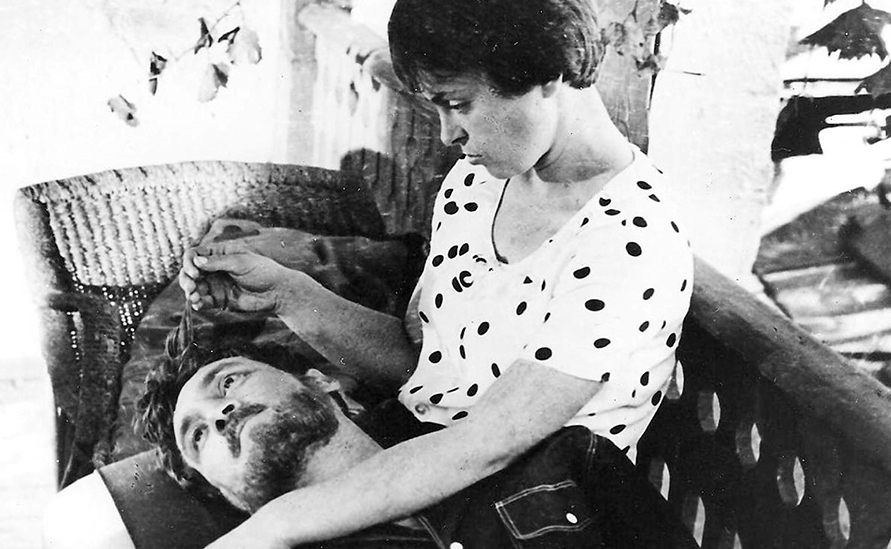 Kira Muratova’s oeuvre is one of the most varied of all the former Soviet Union’s auteurs’, their cacophonic polyphony the one thing tying her films together. With that in mind, claiming any one of her films as her “best” is a fool’s errand; having said that, her solo feature debut, Brief Encounters, has always been my favourite. This provincial melodrama is relatively subdued by the standards of her later fare, but its flashback structure and exploration of the female gaze is still invigorating today. Muratova herself stars alongside the legendary bard Vladimir Vysotsky in one of his best film roles as the dissolute and irresistible geologist Maksim. The piano score from Oleg Karavaichuk helps tie this off-kilter gem together.

Sergei Livnev was one of the most exciting presences in the early years of post-Soviet film – he had written the script for Sergei Solovyov’s perestroika classic Assa (1987, available on Klassiki) before moving into directing in the ‘90s – but he only made two features before turning to producing and eventually emigrating from Russia altogether. His sophomore effort, Hammer and Sickle is one of the decade’s most inventive and subversive reckonings with the aesthetic and political legacy of the Soviet Union. The plot that Livnev devises for this exploration of identity and totalitarianism – a female peasant in the 1930s undergoes an experimental gender reassignment procedure – might border on problematic today. But I think that Livnev’s understanding of identity as a political construct is ahead of its time and allows him to construct a postmodern parody that is thrillingly cynical.

No list of favourite Soviet films would be complete without something from the Thaw era. Roughly coinciding with the rule of Nikita Khrushchev, this near-decade of relative artistic freedom produced some of the most internationally renowned of all Soviet films, and saw the emergence of some of the industry’s most compelling directorial voices – among them Marlen Khutsiev, one of my personal favourites. I Am Twenty, which was originally filmed as Ilych’s Gate before being recut several times into the version available on Klassiki, is one of the greatest films I’ve seen about living on the cusp of youth and maturity, innocence and experience. Following three young men as they attempt to come to terms with their place in post-war Soviet society, the cinéma vérité-inspired camerawork and naturalistic dialogue lend a quasi-documentary feel to the hopes and fears on screen. 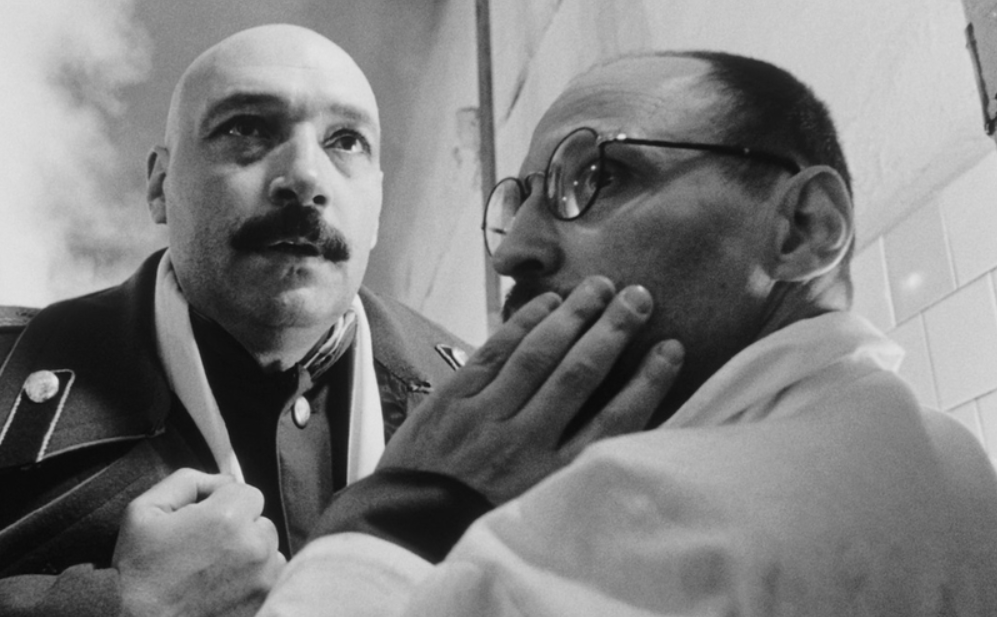 Aleksei German would be on my shortlist of the greatest directors of all time, and I’m delighted that we’ve recently added his 1998 masterpiece to the Klassiki library. Set in the days leading up to Stalin’s death and alluding to the anti-Semitic conspiracy theory of the “Doctor’s Plot”, Khrustalyov is practically marinated in paranoia, cynicism, and violence. As with all German’s films, comedy and horror become indistinguishable as he immerses the viewer in a meticulously reconstructed version of Stalinist Moscow populated by the living dead. Baffling and at points deeply distressing, the film nonetheless has a vitality to it that is striking. If in his Soviet-era films German remained necessarily circumspect as to the psychological impact of the Stalin years, then Khrustalyov sees him completely liberated; the result is one of the most singular treatments of memory and trauma that you are ever likely to see.

Aleksandr Askoldov only got to make one feature film in his tragically curtailed career – but it was a triumph. Commissioned as part of a raft of films to mark the fiftieth anniversary of the revolution, Commissar fell foul of the censors and Askoldov was expelled from both the Filmmakers’ Union and the Party; the film only came to light again during perestroika. For this Civil War drama about the tension between humanist ideals and revolutionary violence, Askoldov draws on the work of two great Jewish authors, Vasily Grossman and Isaak Babel, as well as his own experiences as the child of parents persecuted by the Stalinist state. The sympathy shown towards religious principles, as well as the ambiguity expressed as to the justness of the Bolshevik cause, proved troubling for officials, but they reveal Askoldov to be a filmmaker of real philosophical sincerity and commitment even at this nascent stage of a career that never was. Nonna Mordyukova’s performance as a pregnant Red soldier is beautifully modulated and plays off touchingly against Roman Bykov as the witty, downtrodden Jewish patriarch who shelters her.