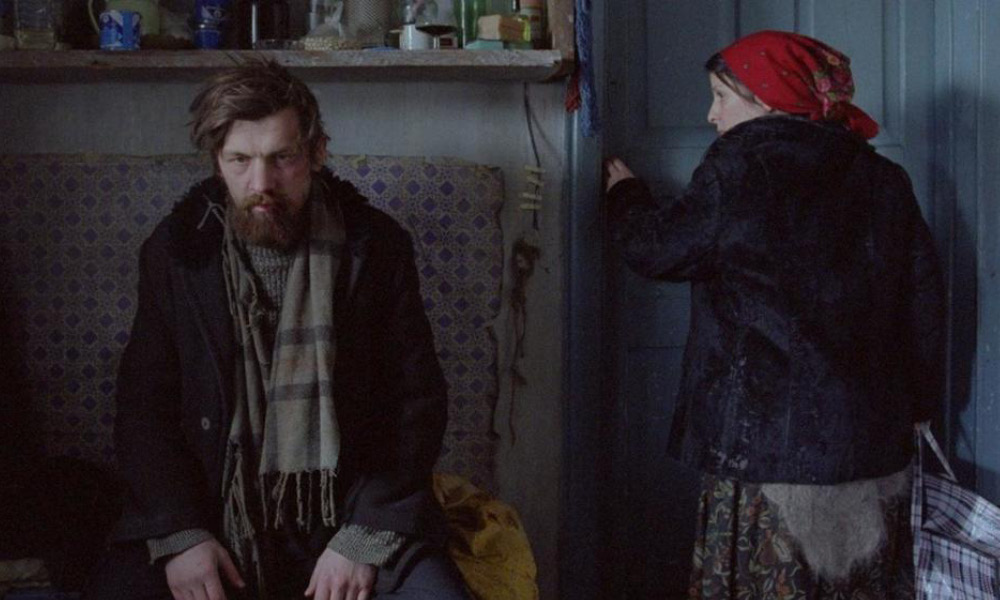 The heritage of Ukrainian cinema is rich, varied and thought-provoking. From the early days of Soviet cinema, many film pioneers hailed from Ukraine; directors Aleksandr Dovzhenko and Dziga Vertov both left an enormous imprint on film history and traditions. More recent contributions from daring and provocative filmmakers such as Kira Muratova and Sergei Loznitsa ensure Ukraine still occupies an important place in the development of world cinema. We have compiled five favourite films to get you started on your journey.

Known best for his great works of poetic cinema, this early film from Dovzhenko displays an innate talent for comedy. A burlesque featuring a barber attempting to get rid of an unknown baby has him involved in an array of mishaps across sunny Odessa. Funny, engaging and notable for being made at the very first Ukrainian film studio, this film is the perfect place to begin a foray into Ukrainian film.

Sergei on the cusp of his fortieth birthday finds himself lost in deep, existential depression. His wife brings him no joy, nor does his mistress or his job. A fascinating, modern reflection on Anton Chekhov’s superfluous man, and boasting a star cast of Soviet actors, this is a bitingly satirical comedy from one of Ukraine’s most prolific and respected directors, Roman Balayan.

Getting to Know the Big, Wide World (1978), Kira Muratova

In the liminal space of a construction site, a love triangle emerges between three workers, Lyuba, Kolya and Misha. Touching, unique and funny, like all of Muratova’s films, the director’s psychological portraits of her characters are deeply honest as the intangibility of emotions collides with physical labour.

From the master of poetic cinema comes this richly symbolic tale of lost love, obsession and the gorgeous traditions of the Ukrainian Hutsul. Set in the harsh winters and stark summers of the Carpathian mountains, Parajanov’s film is a visually stunning, and darkly compelling tale. Regarded as one of the great works of the 20th century it is absolutely unmissable.

A deeply affecting and troublesome allegory for the immorality embedded in society from award-winning director Sergei Loznitsa. This strange and disorientating road film is the first Ukrainian film to ever compete for a Palme d’Or and announced Loznitsa, who is better known for his uncompromising documentaries, as an important new voice in world cinema. A dazzling, terrifying and totally unique journey.