Fractured love stories: Farewells and the surreal film career of Wojciech Has 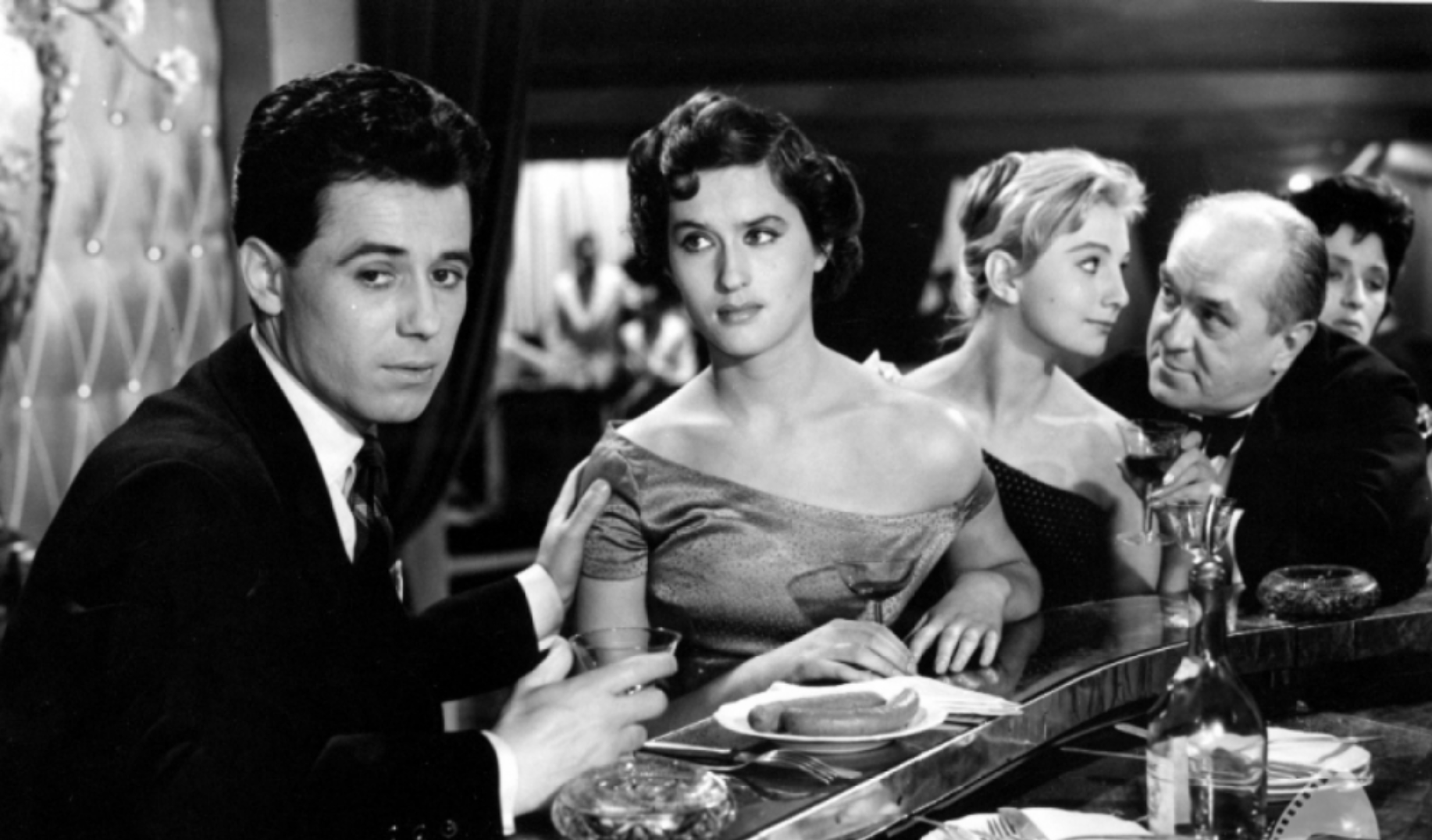 Tadeusz Janczar and Maria Wachowiak in Farewells (dir. Wojciech Has, 1958)

Contemporary Polish cinema’s greatest success story has been the one-two punch of Ida (2015) and Cold War (2018), both directed by Paweł Pawlikowski. They are not just Polish films, but also films about Polish films. Skating perilously close to kitsch, both were homages, or perhaps even pastiches of arthouse glories past: they are in black and white, with Instagram aspect ratios, self-consciously framed with lashings of negative space. The editing is deliberately ambiguous and elliptical, and the themes are Polish arthouse constants: post-War ennui, the legacy of Stalinism, Catholic symbolism, Jewish problems… Both Ida and Cold War constitute a dialogue of the past, specifically past Polish filmmakers – and in particular Wojciech Has. And there is no reason for contemporary viewers to accept the diluted copy when the real deal, in the case of Has, is there to be discovered.

Cold War in particular makes an interesting parallel with Has’s 1958 adaptation of Stanisław Dygat’s book, Farewells, published a decade earlier in 1948. Both are rigorously formal love triangles in which two wars (one cold, the other hot) get in the way of romance. Both make extensive use of a wistful, recurring song as means of subtle melodrama. Whereas Pawlikowski works from fresh screenplays, part of Has’s originality lies precisely in his career-long insistence on literary adaptation as a source of filmmaking material.

It is customary to say that literary adaptations were, during the Communist period, a safe bet for filmmakers. Let’s not forget that the Polish film units that produced films had both artistic directors and literary directors. In this respect, they were not unlike theatres: one decided upon what to stage, the other on how to stage it. Literature, however, requires careful handling. While stories can be translated from page to screen, literature doesn’t always travel. Excellence in one medium is, of course, no guarantee of excellence in another. On the contrary, great literature tends to expose a filmmaker’s mediocrity. Has’s far-from-mediocre filmography serves as a gateway leading into Polish literature: be it the offbeat interwar genius of Bruno Schulz (The Hourglass Sanatorium, 1973), the post-war prose of Kazimierz Brandys (How to Be Loved, 1962) and Marek Hłasko (The Noose, 1957), or the masterpiece of Polish nineteenth-century realism by Bolesław Prus (The Doll, 1968) – not to mention Dygat.

Perhaps inevitably, the Second World War looms large in Farewells. However, war is not the subject. Rather, it is what war does to people. Specifically, how war interrupts relationships and reveals characters. It is a fractured love story. Like the book upon which it is based, Farewells is a film in two acts. The first part begins in the city before the war, with the meet cute of Paweł (Tadeusz Janczar) and Lidka (Maria Wachowiak). Romance blossoms, and the pair interlope to the countryside. Paweł’s father turns up, taking Paweł home with him, leaving Lidka behind. The second part picks up towards the end of the war, when Paweł learns that Lidka has married his cousin, Mirek. Faced with the imminent Communist takeover, Mirek must choose between fleeing to Vienna or staying with Lidka.

Both Dygat’s book and Has’s film are, essentially, about the pre-war Polish middle class. Paweł’s ennui partly stems from the fact that he doesn’t have to work. Similarly, Lidka, a dancer, dances out of choice rather than necessity. Mirek, Paweł, and Lidka alike are as elegant as they are bored. In his book, published just before socialist realism took hold in Poland, Dygat poked fun at his characters’ expense. A contemporary cinematic analogue would be the films of Ruben Östlund (The Square, Triangle of Sadness), where avalanches and sinking ships do to the rich what war does in Farewells. A disciple of Gombrowicz, perhaps the greatest of all twentieth century Polish writers, Dygat took a sardonic, humorous approach to the war. While Dygat worked with Has on his adaptation of Farewells, when it comes to satire, the claws are filed in the onscreen version. Instead of objects of ridicule, the three characters that make up this love triangle are a pretext for psychological inquiry. Absurd people in absurd situations are dramatic means of developing existentialist world views. If, in his early films, Has’s contemporary Andrzej Wajda grafted the Italian neo-realist thinking of Rossellini onto the Polish experience of the Second World War, Has arrived at something akin to the early films of another Italian filmmaker who emerged as a poet of social alienation, something expressed through bold formalism, and, on occasion, the surreal. Farewells is Antonioni po polsku. 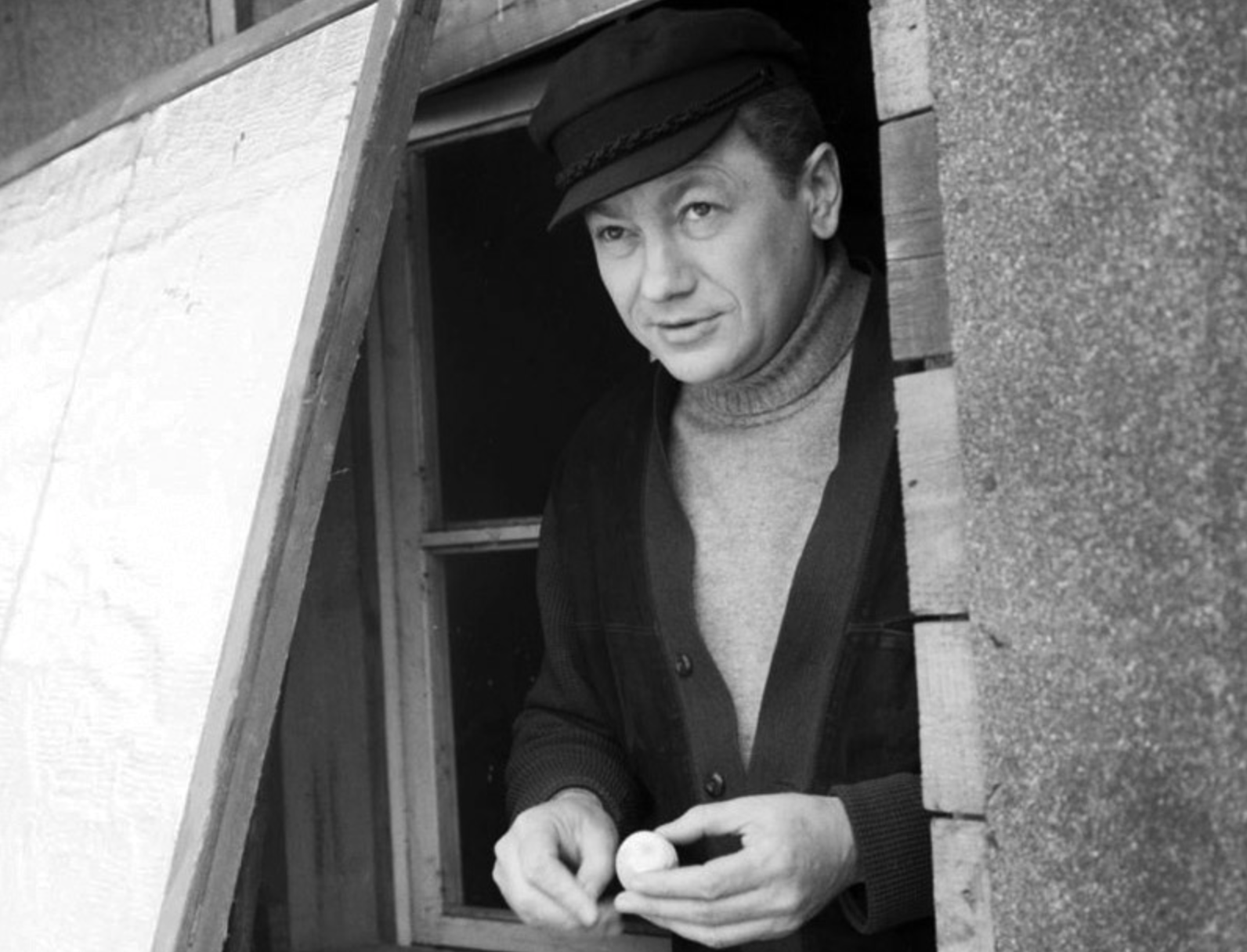 In 1963, a book on cinema and surrealism was published in France. Its author, Ado Kyrou, claimed that based on just two films, Has was the world’s most surrealistic director. One of those films was Farewells. France, particularly during the first half of the twentieth century, offered a home to artists who went above and beyond the confines of realism. Kyrou celebrated cinematic surrealism in the pages of the magazine he helped to co-found, Positif, which championed genre films and the fantastic; surrealism cut through both. For critics like Kyrou, Has was not a Polish filmmaker, with all the baggage that label brings with it, but a surrealist.

Has’s lightness of touch is the antidote to the depressing, neo-realist wartime dramas of the 1950s, weighed down by cynicism (Andrzej Munk) or romanticism (Andrzej Wajda)

Has went onto make what is arguably the ultimate surrealist film, The Saragossa Manuscript (1965) – another literary adaptation, of course, this time from a sprawling, mock-gothic novel written in the style of One Thousand and One Nights by Jan Potocki, a nineteenth-century Polish nobleman who killed himself because he thought he was a werewolf. The film boasts widescreen anamorphic photography by the great Mieczysław Jahoda, a score by the contemporary classical composer Krzysztof Penderecki – whose music would subsequently be plundered by both Kubrick and Lynch – and grotesque, fantastic production design by the painter Jerzy Skarżyński. Above all else, the film is possessed by a quality rarely associated with Polish cinema, but which pervades Has’s work from Farewells on: a lightness of touch. It is the antidote to the depressing, neo-realist wartime dramas of the 1950s, weighed down by cynicism (Andrzej Munk) or romanticism (Andrzej Wajda) and share a propensity for both transparent symbolism and fatalist defeatism.

What makes The Saragossa Manuscript surrealistic is not so much its imagery as form. Its formal quality stems, in part, from the business of transposing literature into cinema. Those same qualities, crucial in terms of creating a melancholic, oneiric mood, can be traced back to Has’s earlier, less baroque films – Farewells chief among them. Despite being made 60 years apart, whereas Cold War looks to the past, Farewells resonates with the present. Whether it is war in Ukraine or Brexit, global dramas continue to fracture international love stories.