The career of director Dmitry Davydov is a perfect example of the modern history of Sakha film. A schoolteacher with no formal film training and a minuscule budget, he hired local, non-professional talent from his remote town to film his 2016 drama The Bonfire. The film garnered critical and festival acclaim within and beyond Russia, becoming one of the breakthrough films in Sakha cinema’s recent wave of success. Five years and several films on from his debut, Davydov spoke to Klassiki about his experiences making The Bonfire, his relationship to the Russian film industry, and how Sakha film can continue to grow and evolve. 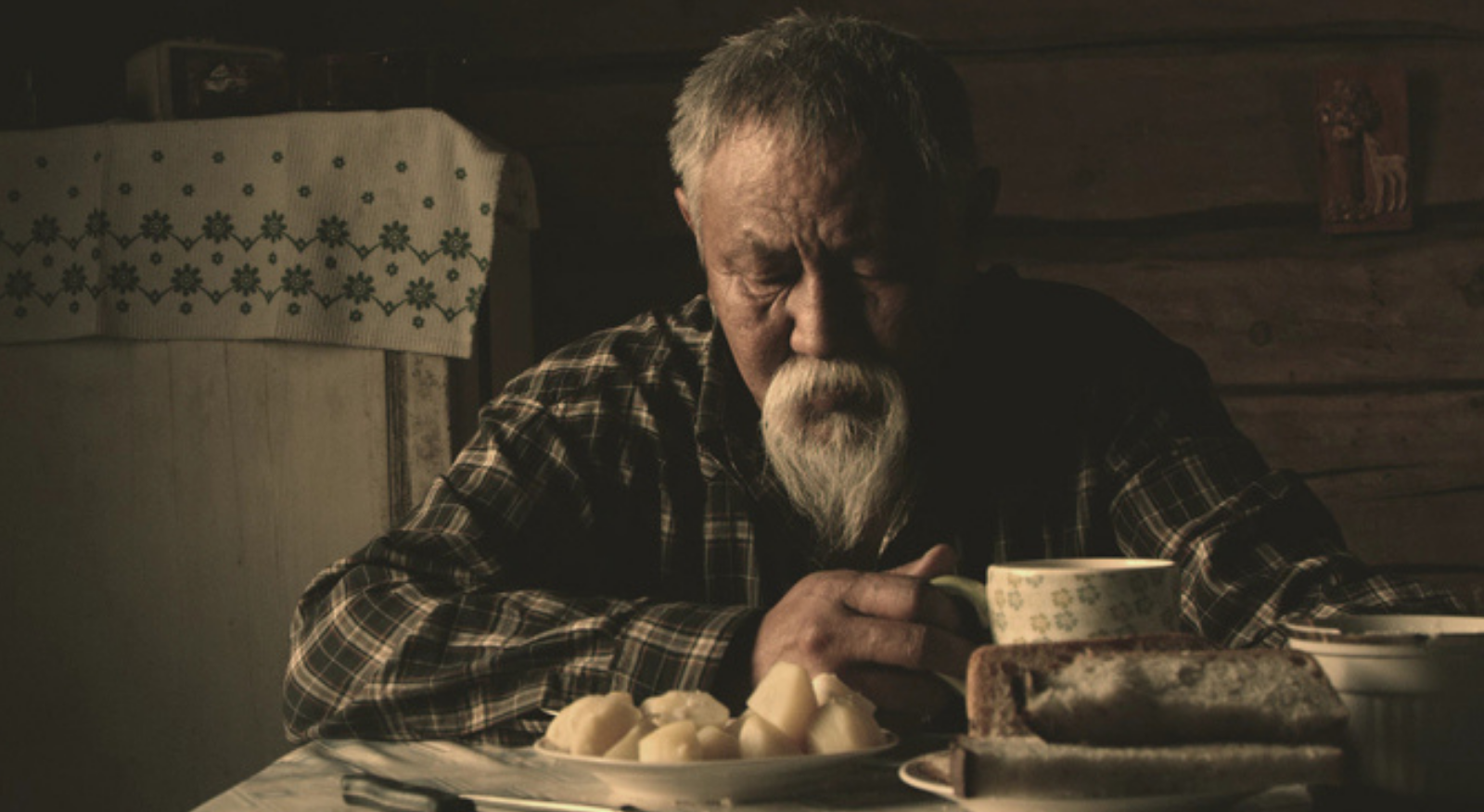 Klassiki: How and when did you get interested in cinema? When did it become a serious concern for you?

Dmitry: I worked in a school for 16 years, where we had a video club. We started to shoot short films with this club, amateur films; we did that for about five years. That was at the time when there started to be this boom in Sakha film. There started to be this interest in shooting good quality films, not just our sorts of videos — something that could be watched on a screen, something that people would come and see, intelligent, well-made films. In 2014, we started making The Bonfire. At the time, I didn’t know how to shoot a film: I taught myself how to set up scenes, to write a script, to mount lights. The post-production was long, almost two years. The following year, I made a short, The River, and now I’ve made something like eight films.

K: Do you still work as a teacher?

D: No, I quit in January of this year, in order to dedicate my time to cinema.

D: People often ask me that: how does working in a school help you to make movies? One thing I learned in schools was how to organise and plan well. A film crew is made up of lots of different people, each of them understands different things, they have different personalities. A director has to manage the shoot such that everyone understands what’s going on and can work in the same direction. Teaching helped me with that.

K: If we speak about The Bonfire, how did you cast that film? How did you find the non-professionals actors involved?

D: I myself am from the countryside, I still live there, so I began by looking around me. After all, we didn’t have the money to hire trained actors. So, we decided that the parts would be played by people we knew. The hero [Ignat, played by Alexey Ustinov] was someone we knew. We have a theatre here in our town; we went there and told them we wanted to make this film, that the main character was an old man. They mentioned that they knew someone, we rang him, discussed it, and he agreed. He was interested in trying something new.

Five years ago, we were interesting to Moscow as debutantes. Then, when we began to win at Russian festivals, they started looking at us as competitors.

K: Can you describe your method, on set, with these people who were coming to film for the first time?

D: In Yakutia, you have to shoot quickly — we shot The Bonfire in 14 days. That means you can’t really go through things in great detail while shooting, so the most important aspect is always casting. I spend a lot of time working on casting in order to find actors who can embody these characters without trying. If a non-professional actor starts to “act”, then it always looks horrible. So, I always tell them that they don’t need to perform, they need to be themselves. If they can do that, then I can more easily change things on set, adjust scenes, so that it’s more comfortable for them.

K: The Bonfire was one of the first Sakha films to attract attention both within Russia and abroad. Now, the region has a well-developed industry. How do you compare the state of the industry five years ago with the situation now? How has it developed?

D: At first, we had the following problem: either we make films for ourselves, in which case we’ll never leave, or we make films that other people can understand, in which case we’ll have to leave. Festivals are a good place to spread our films, our language, our culture. The Bonfire was one of the first Sakha films to screen at big festivals and give us the opportunity to present ourselves. We’ve definitely grown; just this year, for example, I have two films out. We’ve come a long way, but we know we need to develop further. We don’t have many specialists and we need more; we need to know what sort of films to make from now on in order to maintain the interest of Western and other countries. We are a part of Russia, but we need to distinguish ourselves within that. If we don’t, we won’t get anywhere. We don’t yet have any co-productions with other countries, for instance, and we aren’t plugged into any European film funds. We’re working on it, but slowly. 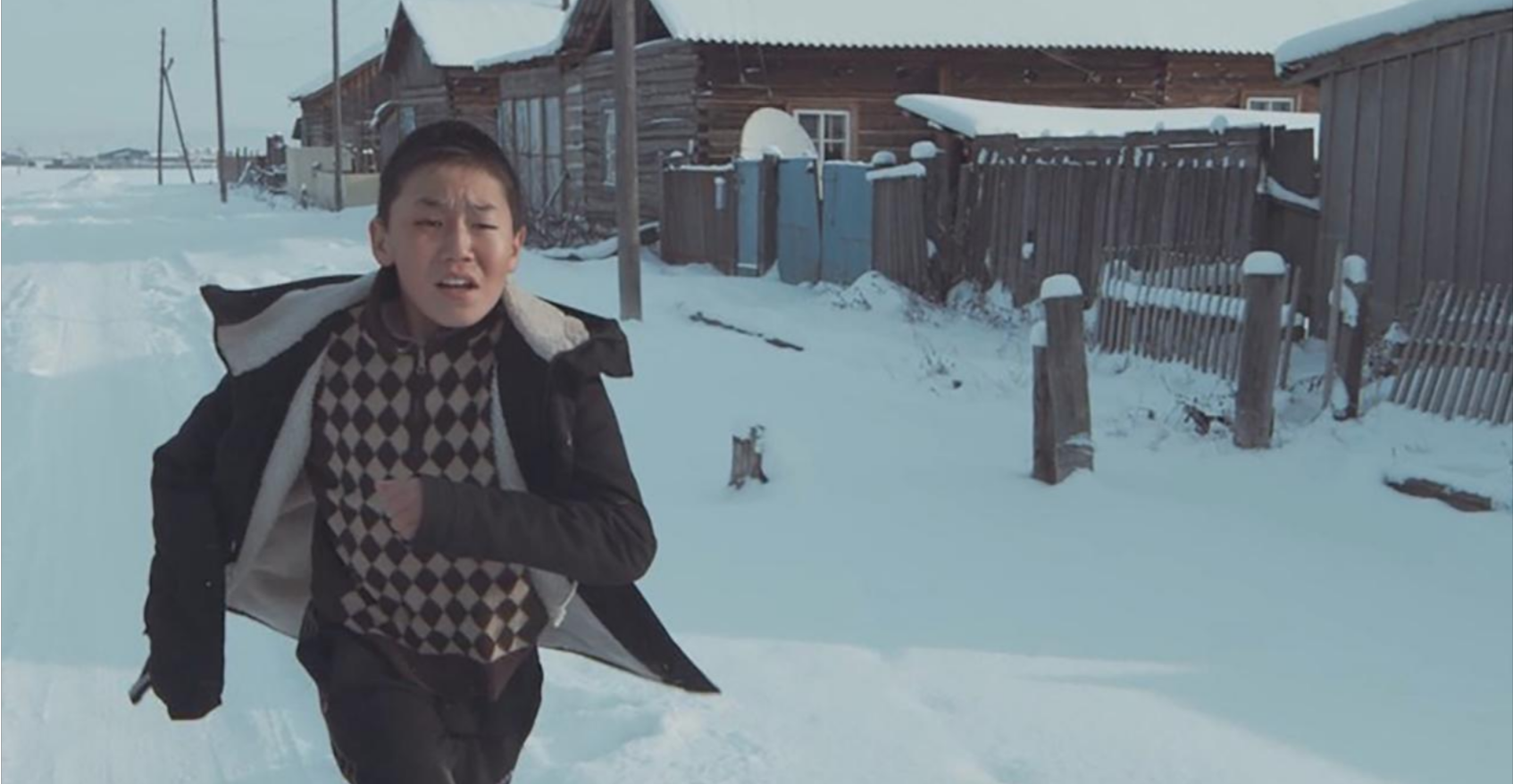 Radislav Kudai-Zakharov in The Bonfire (2016)

K: How do you understand Sakha film as a part of Russian film more broadly? What is the relationship between the two?

D: In Russia there is “Moscow cinema”: Moscow directors that make films about Moscow problems. But Russia has more than 40 languages. So, it’s interesting to watch Russian film that isn’t in Russian, which is what we’re doing. My experience with Russian festivals is that we’re not so interesting for Moscow; my experience with foreign festivals is that we’re very interesting for Canadians, for people in New Zealand and Scandinavia. Of course, it’s important for us to be shown in Russian festivals, to get wider releases within Russia, because that will help to garner us a place within world cinema more broadly. It’ll take us to the next level and give us opportunities to speak to more people. Russian cinema is currently quite limited, in my opinion. Very rough, depressing. But Russia is a huge place and Moscow is just one world within it. I live very far from that world.

K: How do people in Moscow relate to you when you arrive there with a new film? How do they respond to Sakha filmmakers more broadly?

D: Five years ago, we were interesting to them as debutantes, dilettantes, making our little films far away over here. Then, when we began to win at Russian festivals, they started looking at us as competitors. They’re very interested in how we manage to make high quality films for very little money. So, now the relationship is a little more intense, I would say.

K: How has your own working process changed in the last five years?

D: Like I said, I don’t have any film education, so I study a lot. I spend a lot of time reading online, watching other films, doing courses. Now I have a more professional approach to preparation. And our budgets are no longer quite so small; now we do some of our editing and sound work in studios in Moscow and St Petersburg. Every shoot is a creative process; professionalism is a good thing, but creativity is the root. Without creativity, cinema wouldn’t exist. So, I try to stay true to myself, to make something unique. That’s why I got into film in the first place: to make my own, personal films. Not to earn money or to run a business.

K: Finally, in your opinion, what makes Sakha film special? What distinguishes it?

D: We make films in our own language. Some people like that some don’t, but thanks to this we’re able to maintain our culture. We have a very strong connection to nature; practically all Sakha films take place in the forest or the wilderness. We have a strong sense of mysticism, derived from the Sakha religion — there is this pagan foundation to our cinema. That element is there in each of our films.