The Klassiki Academy: our guide to the Oscar noms that should have been

The nominations for Best International Feature Film at this year’s Oscars contain gems like Ryusuke Hamaguchi’s Drive My Car and Joachim Trier’s The Worst Person in the World – but every year, countless wonderful films are put forward for the award before falling at the final hurdle. Here are our picks for an alternative Academy Awards: films submitted by countries from the post-Soviet space that failed to secure a nomination which should – indeed, would – have made great contenders. Gregoire Colin in Should the Wind Drop (2021), Nora Martirosyan.

In this Armenian submission for Best International Feature, set in the empty airport of Stepanakert in Nagorno Karabakh, a breakaway state in the South Caucasus, a French Engineer must decide whether or not to shutter the building and thereby the hopes and dreams of its workers. He strikes up an unlikely friendship with a little boy and what should be an easy managerial decision becomes increasingly fraught, especially when armed men end up rendering the engineer’s final report all but inconsequential.

Should the Wind Drop will be screening on Klassiki in May

Based on the famed novella, The White Ship by Kyrgyz writer Chingiz Aitmatov, Shambala tells the tale of a young boy struggling to adapt to the encroachments of the modern world. Living with his grandparents and their traditional folklore alone in the forest, and haunted by stories of the Mother Deer, the young boy clings to ancestral superstitions for reassurance as “progress” changes his world for the worse.

Premiering at Critics’ Week at the 2020 Venice Film Festival, this dark omnibus film tells four fraught tales set on the roads of Ukraine’s Donbas region. The episodes are riven with explosive danger, and laden with additional resonance in the current climate. Vorozhbyt, already an accomplished playwright, explores the fine line between civilian survival and extreme violence in this striking debut. 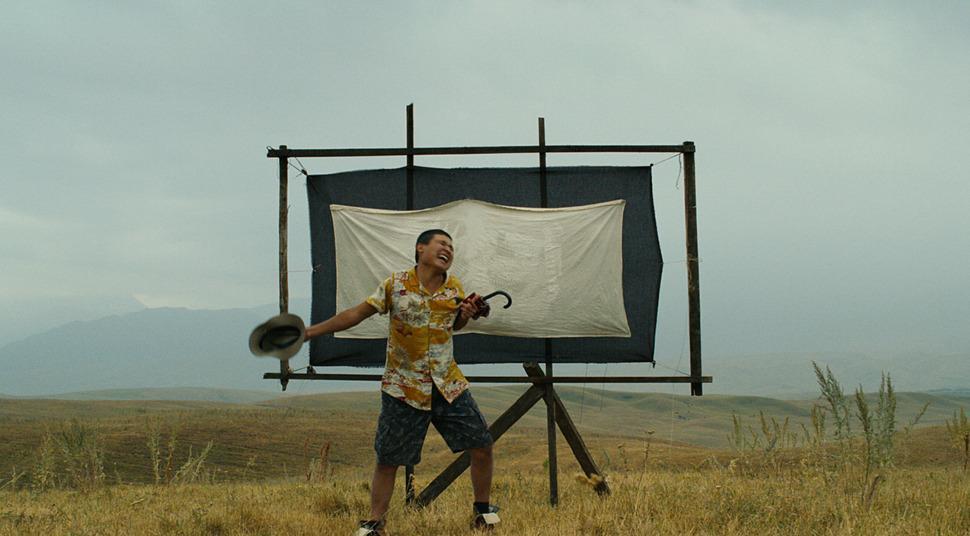 Adlikhan Yerzhanov confirms his reputation as Kazakhstan’s most exciting young director with this witty riff on Terrence Malick’s iconic Badlands, in which an ex-con and his girlfriend flee into the Kazakh steppe. Filled with nods to great American classics, with a hero who has an obsession with Alain Delon, this film is both a love-letter to cinema and an endearing and gorgeously lensed take on an age-old movie trope: misfits pursuing untenable dreams in a world hard-wired to destroy them.

Set in 1918, Tuychiev’s period film tells the tale of the power struggle that occurs when a new wife arrives in the home of an Uzbek landowner and upsets its delicate equilibrium, a world away from the Russian Revolution unfolding in distant Petrograd. The overwhelmingly beautiful imagery and deliberately slow pace build like a tinder box to an explosive last twenty minutes as the women reluctantly move towards liberation. Unforgettable.