Yura Borisov is one of the most recognisable and versatile young actors in contemporary Russian cinema. Arguably his breakout role was the lead in Boris Akopov’s crime thriller The Bull (2019). He has starred in numerous blockbusters as well as independent features likes Darya Zhuk’s acclaimed Crystal Swan. As Sasha, he forms part of an impressive ensemble cast in Kirill Serebrennikov’s latest, Petrov’s Flu, which conjures a hallucinatory version of provincial Russia where nothing is quite as it seems. We spoke to Borisov about his role in Serebrennikov’s film, and life in the Russian film industry in the age of streaming. 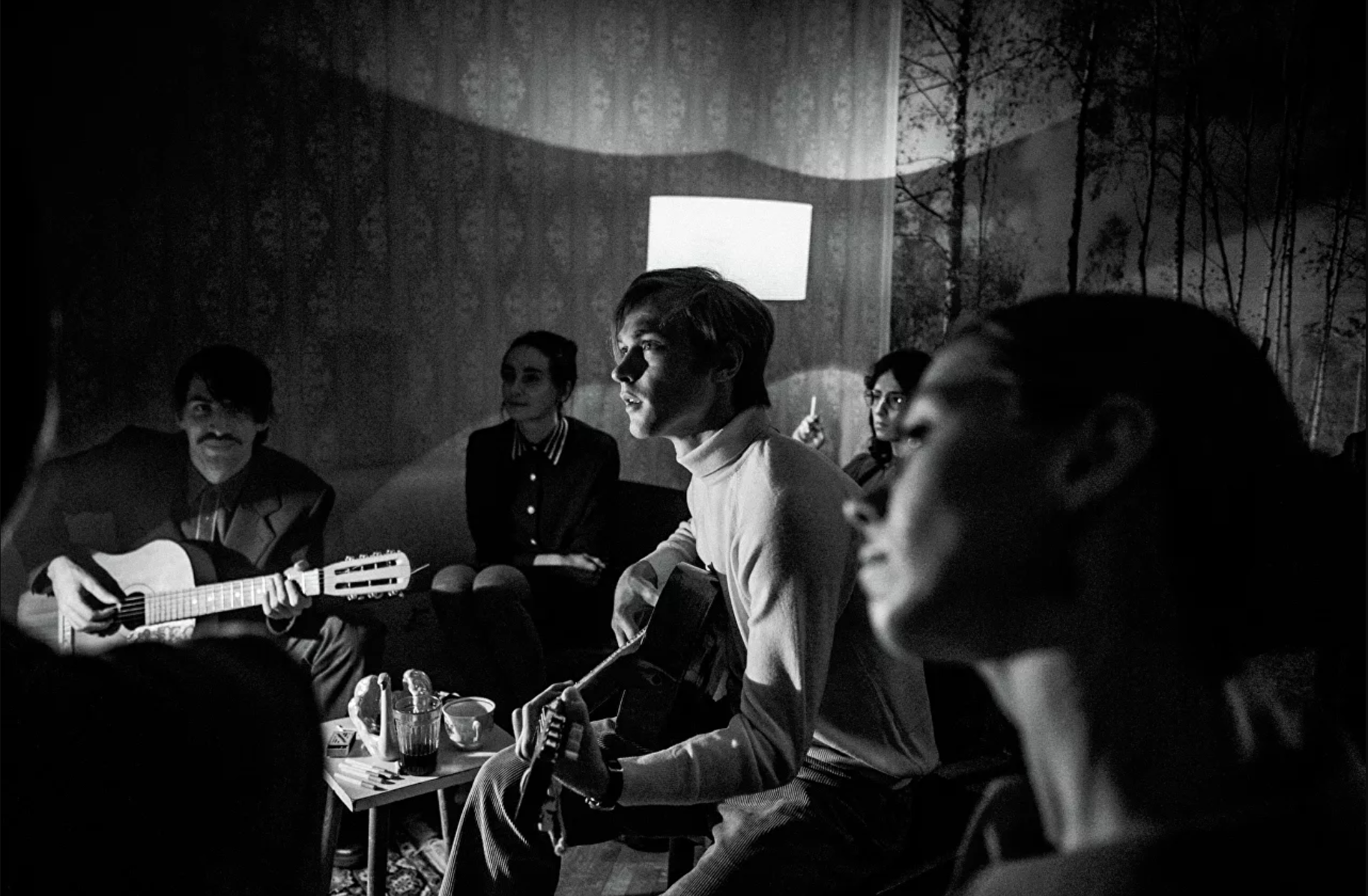 Klassiki: My first question is: were you familiar with Kirill Serebrennikov’s career before you started work on this film?

Yura Borisov: Of course, I knew about it, I’d seen him films. Some of us were studying at one institute and our friends were on his course at another institute, and we always paid attention to what they were doing. So, our paths were very closely connected, you could say, even before we met. This was our first acquaintance. I wanted to work with Kirill, and we got to know one another when he offered me the chance to be involved.

K: Serebrennikov made his name in theatre. I’m interested to know whether that came across on set. As an actor, is there a difference for you between working with a theatre director and working with someone who only directs cinema?

Y: Maybe a little, in the sense that Kirill was very attentive to his actors and what they were doing, but I don’t think that this was the only thing his attention was focused on. In my experience at least, film directors are more concerned with the aesthetics of the film itself, rather than what’s going on with the actors. But it’s not always like that.

Y: There were a lot of technically difficult aspects to the shoot, with this material. The atmosphere was focused on the “search” – until the end, we didn’t quite understand what it was we were shooting, so everyone had to believe in Kirill and what he asked of us.

Until the end, we didn’t quite understand what it was we were shooting, so everyone had to believe in Kirill and what he asked of us.

K: Of course, there’s a link between the plot of the film and current events in the world. How do you understand the link between the story of the Petrovs, and the Covid pandemic? It seems to me that the film speaks to the uneasy feeling that Covid has created in society.

Y: I think that art creates itself, and that in a strange way, everything proceeds from and is connected to it, and that questions are their own answers. What I mean is that when Kirill began working on this film and we were shooting it, no one was talking about Covid and no one could have guessed that there would be this pandemic. We were shooting in the winter the year before the virus appeared. It’s paradoxical that we made a film about this material and then a year later it began to resonate.

K: Even though you shot the film before the pandemic began, do you see any lessons in the story of the film for us, struggling under Covid?

Y: I think maybe it isn’t a question of connecting it to Covid… Everyone watches a film from their own perspective and interprets it in their own way. It’s more interesting when you can look at an object from different angles. I don’t see a link with Covid; I see it more as a psychological illness in society than a physical one.

K: And how would you describe this psychological illness? Where does it come from, what might we call it?

Y: Well, like any psychological illness, to find out where it comes from you have to go and see a psychiatrist for years and discuss it with them to work out where its roots lie. Perhaps what’s important is to ask those questions, the kinds of questions that a psychiatrist asks in a session. So, there’s no answer to that question — or rather everyone will have their own answer to that question. That’s how it seems to me. 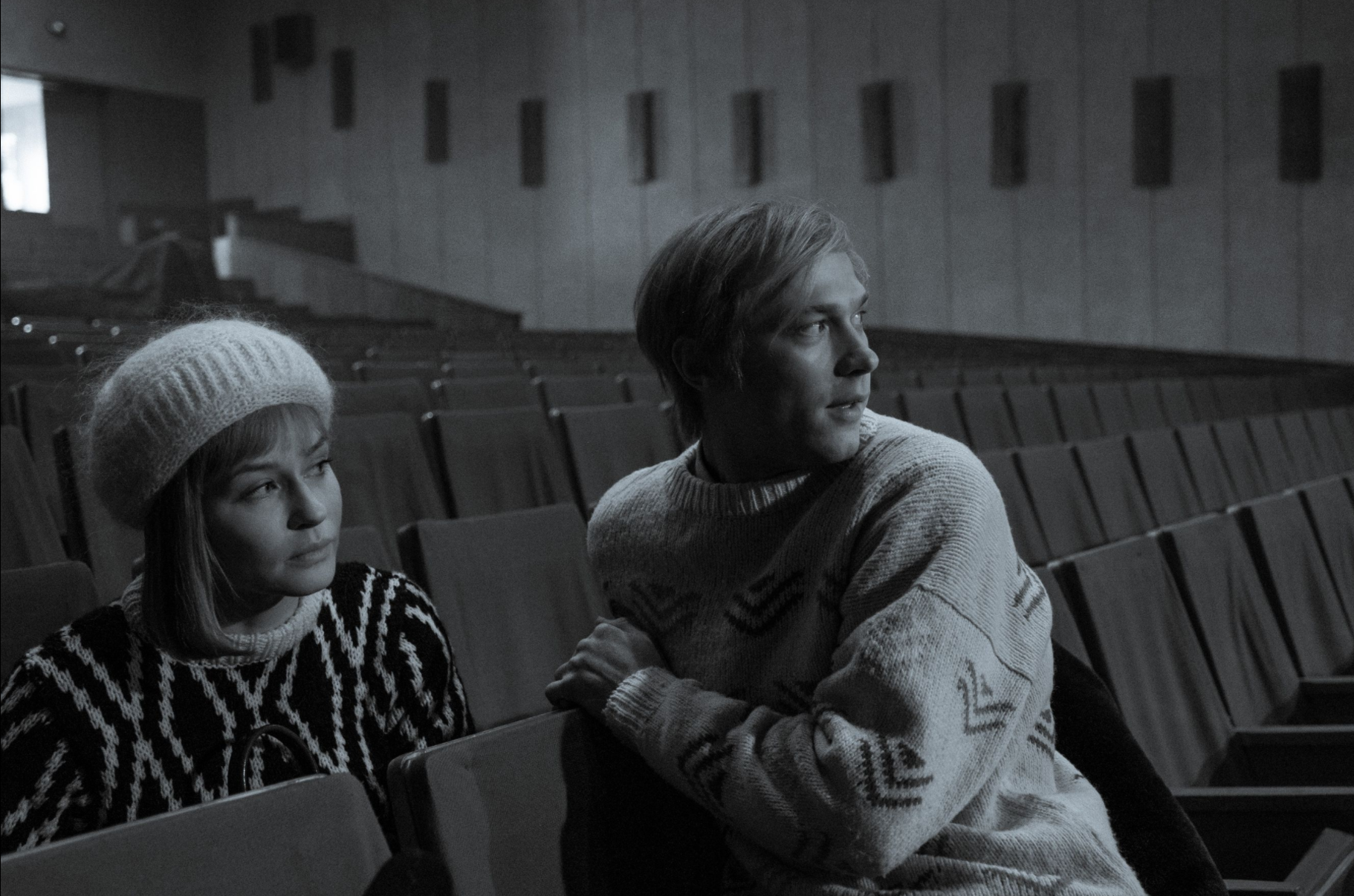 K: You’ve appeared in the films of a number of leading Russian directors, both arthouse and mainstream: Andrei Zvyagintsev, Boris Akopov, Serebrennikov, Fyodor Bondarchuk… From your perspective as a working actor, what’s your take on the state of the contemporary Russian film industry? Would you say it’s in good health?

Y: Yes, because the world is joined together in one big network. Because of lockdown, more and more people have started watching on platforms, the film industry is moving online and developing there, which has an influence on mainstream film – the fact that one way or another it all ends up online. But it’s all very interesting: in Russia now, you have the rise of five or so platforms that are competing with one another, producing a lot of content – TV shows as well as a lot of movies, which end up at festivals. This year in Berlin a number of Russian films are screening. So, I’m very interested to observe and to take part in what’s going on now in the film industry. I don’t think it’s a question of it being healthy or not. It’s just a mirror… But in terms of business, it’s healthy!

Petrov’s Flu is screening in UK cinemas now. Find a screening near you here.