Since Russia’s full-scale invasion of the country began in February, Ukraine’s world-renowned national film archive, the Dovzhenko Centre, has worked tirelessly to protect and preserve its unique collection. In August, it was announced that Centre was at risk of liquidation. Oleksandr Teliuk is Head of the Centre’s Film Archive Department. Here, he writes in his own words about the two battles facing the institution at a critical moment in its modern history. 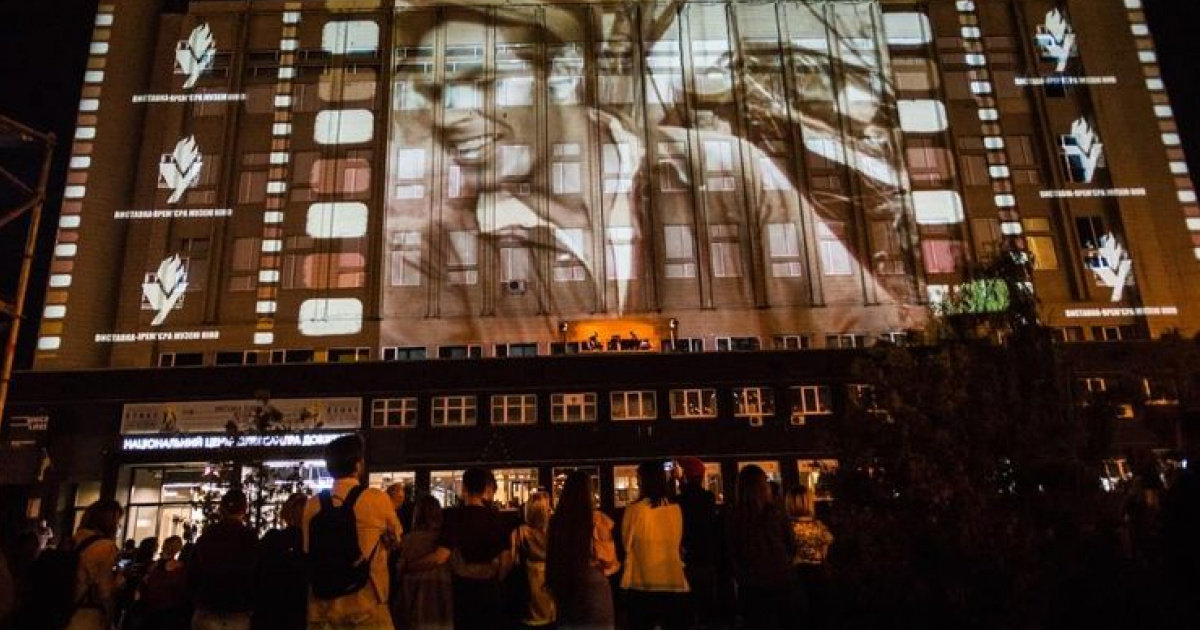 Ukrainian film heritage has a home. The world’s biggest collection of Ukrainian films is held in the Oleksandr Dovzhenko National Centre, widely known as the Dovzhenko Centre, and named after the legendary director of such masterpieces as Arsenal (1929) and Earth (1930). The Centre’s archive was founded in 1994, the year of Dovzhenko’s centenary. The Centre settled in an industrial building that previously housed the Kyiv Film Printing Factory, on the outskirts of the capital. In recent months, the Dovzhenko Centre has garnered international attention for two contrasting reasons: for its promotion and safeguarding of Ukrainian film during the war; and latterly for the scandal of its attempted liquidation by the state film body Derzhkino.

Today, the collection of the Dovzhenko Centre numbers more than 7,000 titles. Most of these are Ukrainian fiction and animated films, but many other film histories are represented – for instance, in a collection of educational and commercial films from the US. The earliest print in the Centre’s collection is an unattributed nitrocellulose film from 1909. And occupying pride of place in the collection are films from the golden era of Ukrainian cinema in the 1920s, when the All-Ukrainian Photo Cine-Administration (or VUFKU) governed the process of film production in the Ukrainian Soviet Socialist Republic, before the ideological restrictions of the 1930s took hold.

At the same time, the Centre not only preserves material on print, tape, and in digital form – it also promotes Ukrainian film history. We must emphasise here that this is not easy material to exhibit, since for 70 years Ukrainian cinema formed a part of the Soviet film industry, with its state control model, censorship, and orientation towards the domestic market. As such, in presenting the films from the Soviet period, the Centre always includes pointers as to the historical and political circumstances of film production. For example, when the Dovzhenko Centre opened its own film museum in 2019 with an exhibition about VUFKU, the story told was not only one of cinema but also one of totalitarianism and the processes of Ukrainisation, collectivisation, and industrialisation of the Soviet 1920s.

In the face of all its achievements in cultural diplomacy, and despite the context of the war, the Centre was stabbed in the back

Furthermore, since 2006 the Dovzhenko Centre has been a member of the International Film Archive Federation (FIAF). It was the third film archive from the former USSR to achieve such status. This allowed us to begin the procedure of returning Ukrainian film classics to Ukraine from the Russian State Archive (Gosfilmofond), where they were held following the collapse of the USSR. It has been a long, hard, but fruitful process of bureaucratic negotiation, slow deliveries from Moscow to Kyiv, and exciting rediscoveries of silent-era masterpieces.

After 2014, this repatriation was almost completely frozen. And a new chapter of the story began on February 24, 2022, when a fragment of a Russian missile landed just 50 metres from the Dovzhenko Centre, shattering windows in the administrative part of the building. Within a week Kyiv emptied out as some its inhabitants evacuated and others joined the Armed Forces of Ukraine. These two destinies were also shared by the Dovzhenko Centre team. However, acting director Olena Honcharuk bravely remained in the city to protect the collection and prepare it for potential evacuation.

In April, when Russian troops abandoned their attempts to encircle Kyiv, the Centre’s team returned to some projects. During this time the Ukrainian film archive received dozens of requests for film screenings both inside Ukraine, and especially abroad. Inside the country, screenings were arranged in cultural centres in the western regions of the country, in bomb shelters and Kyiv’s underground stations, where inhabitants of the city sheltered from missile strikes. 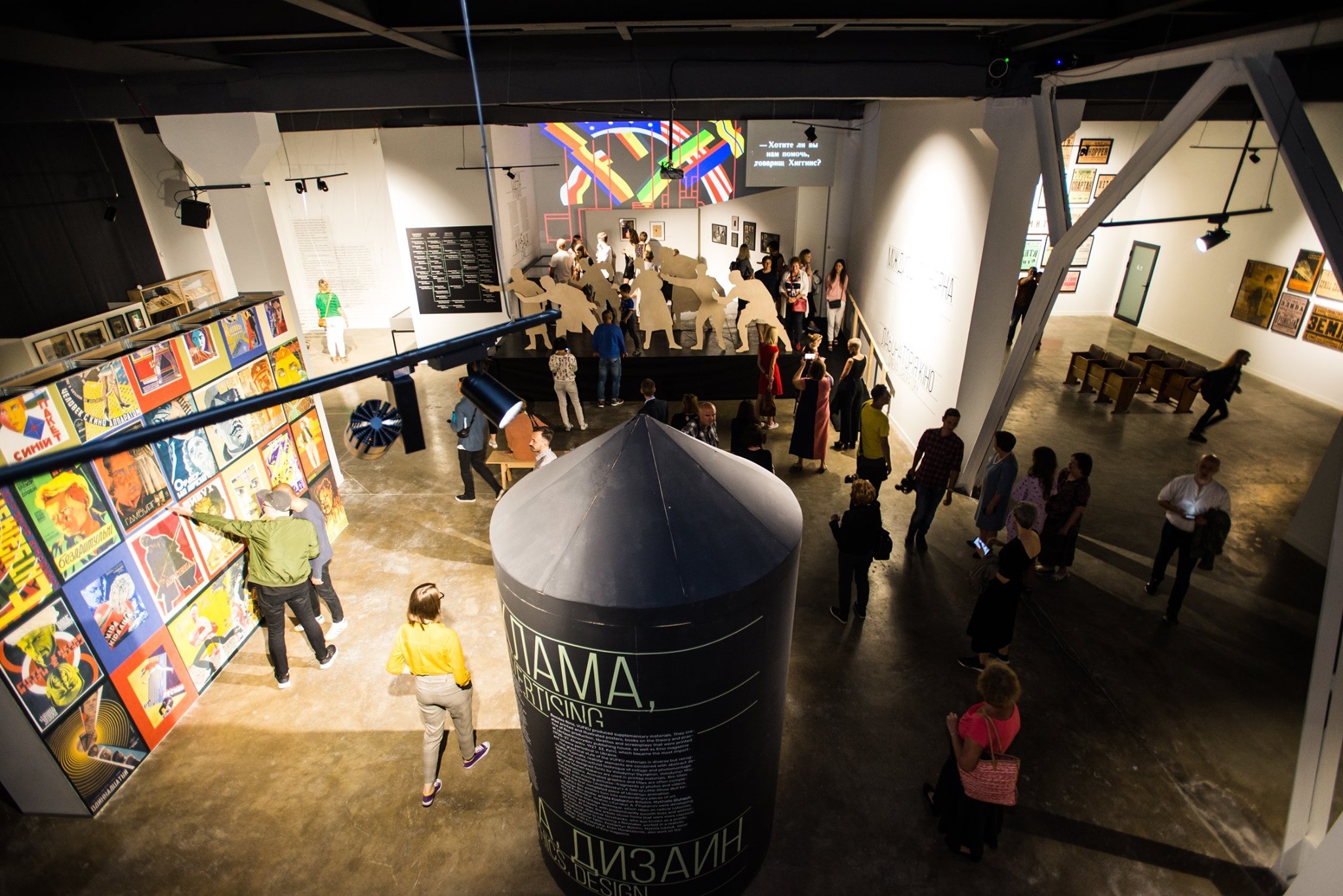 In this period, the Dovzhenko Centre also provided films for screenings at European film festivals and cinematheques. There were plenty of requests and more than 50 screenings of classic Ukrainian films took place during the first six months of the war. The biggest pleasure for the Dovzhenko Centre team were Ukrainian programs at the Cinématheque Français in Paris and the Eye Filmmuseum in Amsterdam – two institutions that we have long held up as examples for the Centre to follow in its development.

These were not ordinary screenings: frequently they featured actions of solidarity with the Ukrainian people in the unjust war that Russia had started. During screenings in Barcelona, Berlin, Bonn, Stockholm, Vilnius, and Warsaw space was created for the Dovzhenko Centre’s scholars to speak. They presented films but also carefully explained the hidden pages of Ukrainian history, the new postcolonial awareness produced by the invasion, and contemporary Ukrainians’ understanding of their identity and their struggle for freedom.

In the face of all these achievements in cultural diplomacy, and despite the context of the war, in August the Centre was stabbed in the back by the State Film Agency (Derzhkino), the executive body of the film industry of Ukraine. It issued an order to “reorganise” the Centre, which de-facto meant dividing up the Ukrainian film collection. The State Film Agency barely explained its motivation, which remains unclear until now. There are some suspicions as to the role corruption plays in this story, since property developers are currently building a new complex near the Dovzhenko Centre.

Two fronts are open: the external and the internal. While Russian soldiers continue to destroy Ukrainian cities, the Ukrainian State Film Agency, which should protect Ukrainian film heritage, tries to harm it

In any case, the decision was a shock and a surprise, not only for the film archive’s team but for the whole Ukrainian and international film community. Defenders of the Dovzhenko Centre planned to arrange protests to demonstrate the importance of the archive, but such public actions are forbidden during the war. The Centre received letters of support from FIAF, the Polish and the Ukrainian Film Academies, and many internationally-renowned film archives. We have written official requests to the Office of the President of Ukraine and the Ukrainian government.

Moreover, a petition to the Ukrainian Prime Minister which demanded that he annul the Film Agency’s order collected more than 25,000 votes, an unprecedented number for a cultural issue. The activists who signed the petition oppose the reorganisation order and urge the government to provide protection status to the Centre’s collection of Ukrainian films, documents, and artefacts. Such a status is nominally afforded to the Centre by law, but it has yet to be instituted in practice.

Eventually, the combination of these responses led to the suspension of the Film Agency’s decision, but not its total annulment. The Dovzhenko Centre and its unique film collection have been left in a hard and uncertain situation. Two fronts are open: the external and the internal. While Russian soldiers continue to destroy Ukrainian cities, the Ukrainian State Film Agency, which should protect Ukrainian film heritage, tries to harm it with its untimely juridical movements. As a result, the future of fifty film professionals from the Dovzhenko Centre’s team – as well as our hopes of continuing to support and popularise classic Ukrainian film – are now in question.

Oleksandr Teliuk is Head of the Film Archive Department at the Dovzhenko Centre in Kyiv. To support the Centre, click here.