How Soviet audiences fell in love with Sherlock Holmes

Familiar the world over almost as soon as they had been born from the mind of Arthur Conan Doyle, Sherlock Holmes and his faithful companion Doctor John Watson have long had a second career outside the Victorian England that produced them. But no other foreign nation has taken the duo to heart quite like Russia – in first its tsarist and then its Soviet incarnations. How to account for this particular strain of Sherlockmania – particularly in a communist state that might seem like hostile territory for an icon of imperial British gentility? 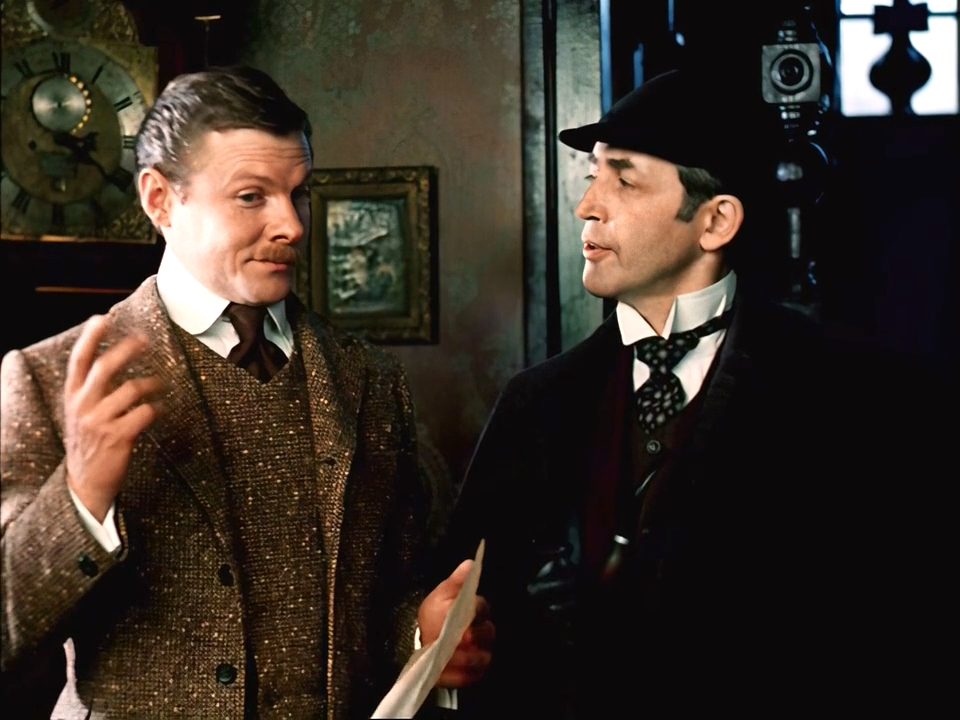 Russians were certainly early adopters of the Baker Street boys. After the publication in 1902 of the first translations of The Hound of the Baskervilles, Russian audiences became enamoured with the detective, to the extent that publishers struggled to match demands, with one house printing over two million copies of its translations. As was common with literary heroes at the time, the less scrupulous amongst these foreign importers began to put out bootleg Sherlocks tailored for the Russian market; these strictly unofficial additions to the canon saw the detective deposited, somewhat improbably, in Siberia.

There has long been a pronounced and very particular strand of Anglophilia in Russian culture, which has seen “Foggy Albion” (as it is affectionately known) variously as a model of genteel sophistication and comical stuffiness, a less threatening cousin, perhaps, to the brashness of the Cold War Yankee enemy. In Soviet times, this interest was marshalled expertly by Lenfilm director Igor Maslennikov in his five-film Sherlock series, made for television and released between 1979 and 1986, of which the first two editions, Acquaintance and The Bloody Inscription are now streaming on Klassiki. Ably aided by his leads, the impassive Vasily Livanov and the stalwart Vitaly Solomin, Maslennikov provided the definitive Russian version Holmes and Watson – and arguably the most durable and beloved version of the great detective created outside of England.

Maslennikov provided the definitive Russian version of Holmes and Watson – and arguably the most durable and beloved version of the great detective created outside of England.

In an 1981 interview, Maslennikov, for whom the Sherlock series was a career breakthrough, wsa questioned about the enduring popularity of the archetypically English Holmes in Russia, both pre- and post-revolution. “What is the attractive power of this fictional literary person Sherlock Holmes?” he pondered. “What did he catch us with? What is the charm of this hero from short stories which frankly are of average literary quality, set in a past epoch and distant from us geographically?” Maslennikov described the character of Holmes that he encountered in Conan Doyle’s work in paradoxical terms: a shapeshifter, but also a man who embodied reliability and loyalty in an otherwise cold world. 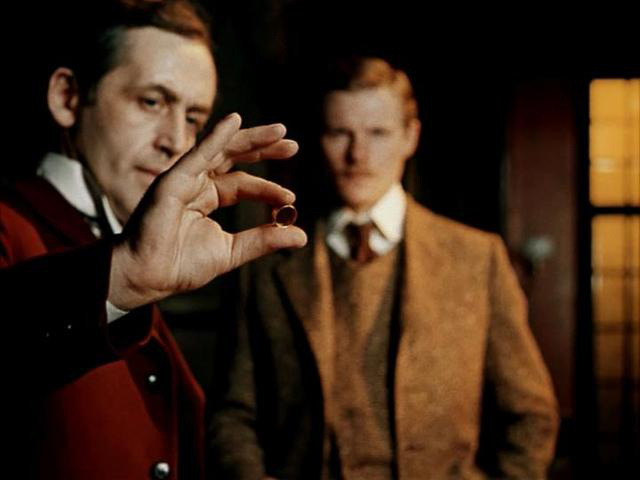 The Adventures of Sherlock Holmes and Doctor Watson: The Treasure of Agra (1983), Igor Maslennikov

Despite his sniffiness regarding Conan Doyle’s literary capabilities, Maslennikov’s adaptation is more faithful to the original texts than many English-language versions before and since. His ersatz replica of Victorian London – the series was filmed in Riga, presumably for its quaint city centre – is impressively evocative, from the Baker Street sign, to the period costumes, the London Bobby, the tea service used by Holmes and Watson, and the taxi carriages. The director freely admitted that he crammed as many widely-held Russian tropes about the English character as possible into the films; even the theme music by Vladimir Dashkevich was meant to recall the BBC World Service jingle. With time, Holmes’ home country has begun to acknowledge the tribute paid to Foggy Albion by the series: fifteen years ago, Livanov was awarded with an honorary MBE by the British government, and next to the British Embassy in Moscow there are statues of both Livanov and Solomin in their respective roles.

While on a geopolitical level, post-Soviet relations between the two countries have largely remained frosty, there is something in this belated recognition of Sherlock’s importance outside England that is significant for Russian fans of the character, and which speaks perhaps to the true reasons for the popularity of Maslennikov’s films. Soviet audiences were often told that they had inherited the fruits of world culture, that the best of all national traditions were the proletariat’s rightful heritage. But the opportunity to really feel that sense of inheritance was sorely limited in a Cold War world more than half of which stood in fierce opposition to the Soviet sense of self. The resulting sense of frustration at being overlooked, at having one’s intelligence go unappreciated, may go some way towards explaining the appeal of the gentleman detective and his loyal companion, reclaimed by Russian audiences from the grips of their distant and antagonistic homeland.