Joseph Brodsky: telling the story of a life in exile 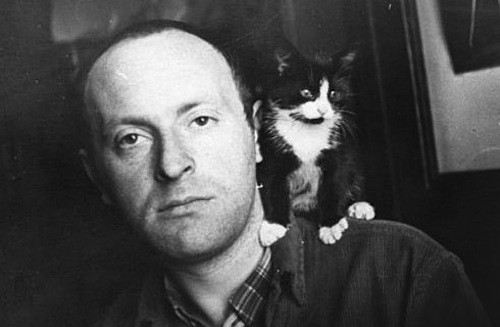 Nobel Laureate Joseph Brodsky’s life and writing in exile left him with a complicated relationship with Russia and the United States. When Joseph Brodsky was just 24 years old, he was accused of social parasitism. An event that forced him to leave his native land, his friends and his family behind. Aided by none other than W.H. Auden, Brodsky left his hometown of Leningrad behind for a new life in the United States. Despite his youth, prior to his emigration, he was already making a name for himself as a talented poet and artist. He was recognised by none other than the great Anna Akhmatova, doyenne of the Silver Age poets, who became his mentor before his sudden expulsion.

In the States, he achieved huge success in his own lifetime. He was awarded the Nobel Prize for Literature in 1987, a prestigious reward for a prolific career penning poems that are today regarded as classics.

His poems and his writings became encased with the ennui of exile and the sadness of the rupture between his old life and the new. For years, he remained banned in Russia, although in silence he remained much loved, with people sharing his writing on the underground circuit and poems being passed around in ‘samizdat’ or hand-printed and handwritten copies. This was still a cause of great sadness to Brodsky, who was quoted as saying in an interview with the Paris Review, “For a writer to not be published in his mother tongue is as bad as a bad end.”

Our pick of the week, Andrei Khrzhanovsky’s A Room and a Half (2009), draws on Brodsky’s famous essay, written originally in English, about his childhood memories of communal apartments and the distance he felt linguistically and culturally from Russia in his later years. Khrzkanovsky gives Brodsky, one of his greatest artistic inspirations, a fictionalised homecoming in a beautiful tribute that intersperses live-action, gorgeous animation and a narrative based both on Brodsky’s own works and the animator’s own childhood memories.