Sakha Film: the history of a post-Soviet cultural phenomenon 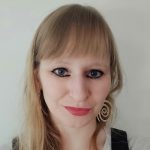 The cinema of the Republic of Sakha-Yakutia (or simply the Sakha Republic) is one of the most remarkable cultural exports from the Russian Federation in the post-Soviet period. Located in the North-East of Siberia, the Sakha Republic is slightly smaller in area than India, but has a population of just under one million. Despite its minute population, the Sakha Republic has managed to build up a diverse, vibrant, and prolific film industry.

The Sun Above Me Never Sets (2019), Lyubov Borisova

Each year, around a dozen films are produced in the Republic across a variety of genres: art house, comedy, horror, thriller, romance, drama, action, and documentary. Films have generally been shot on a shoe-string budget of 1 million roubles (roughly £10,000), which is comprised of a mix of private funds and stipends from the Republic. Furthermore, films are generally produced in the Sakha language with Russian subtitles added. This acts as a buffer against the hegemony of the Russian language, since despite sharing official language status with Russian, less than half the population speak Sakha as their first language and the Sakha language is classed as having ‘vulnerable’ status by UNESCO.

While Sakha cinema has gained significant acclaim in the past five years on the national and international film festival circuits, the Sakha film industry in fact officially dates back to 1992. That year saw the establishment of the state film production company, Sakhafilm. The then-head of Sakhafilm, Stepan Sivtsev-Dollu, declared in his inaugural statement the need “to promulgate moral and aesthetic values and ideals, and to emphasise the role of cinema in the spiritual revival of the people of the Sakha Republic.” The consolidation and promotion of Sakha language, identity, customs, history, and folklore through cinema is undoubtedly of huge importance to the industry and Republic at large. It is a thread we can observe throughout the industry’s history, from its inception to the present day.

Within the Russian Federation, a number of “republics” exist, an inheritance from the Soviet policy of creating territories that were officially represented as the national homelands of the eponymous ethnic groups. Of course, the Sakha Republic is not the only one of these entities to produce its own cinema: in the post-Soviet period, other filmmaking initiatives have sprung up in Russia’s republics, including Khakassia, Tuva, Bashkortostan, Tatarstan, and Buriatiia. Even Kabardino-Balkaria, one of Russia’s poorest republics, saw the 2016 Aleksandr Sokurov filmmaking workshop at Kabardino-Balkarian State University. The other republics, however, have had less success thus far than the Sakha Republic in their filmmaking ventures, producing fewer films and to less fanfare.

There is a combination of factors as to why the Sakha Republic has built up such success. Since the 1990s, the Republic has sponsored students to attend film schools in Moscow and St Petersburg and return to the Republic to make films. However, many films are also made with filmmakers with little or no professional training. Importantly, Sakha cinema is incredibly popular among a Sakha domestic audience. Talking in 2017 about the film industry’s popularity within the Republic, Sardaana Savvina, the Republic’s main film producer and promoter, stated that “above all, there is a cohort of cinema enthusiasts… no more than fifty people work in Sakha cinema, but they do so with enthusiasm and eagerness”. She adds that local Sakha cinemas are very loyal and insert Sakha films into their schedule ahead of Hollywood films — at their own risk. Since 2011, the Sakha Republic has held the annual Yakutsk International Film Festival, further consolidating the importance of film in the region.  Nowadays, the cinema industry holds such affection within the Republic and beyond that it has earned the sobriquet of “Sakhawood”, in a nod to the other centres of global cinema: Hollywood, Bollywood, and Nollywood.

Importantly, Sakha cinema is also at the intersection of multiple identities and film cultures — Asian, Arctic, Russian, Indigenous — so it is able to appeal to diverse audiences and film networks. And it has already been doing so. For example, the Arctic Indigenous Film Fund was formed in 2018, Savvina one of its founding members. This initiative seeks to fund Arctic filmmaking projects and build and boost a film network across the Arctic region. Meanwhile, at the 2017 Busan International Film Festival in South Korea (one of Asia’s biggest film festivals), there was a Sakha film showcase entitled Sakha Cinema: World of Magical Nature and Myth. This comprised seven features and five short films, including Tatiana Everstova’s lyrical and moving 2016 offering, His Daughter.

The films that have been vigorously promoted on the global film festival circuit in recent years are of the art house genre, drama films that tell universal, human stories against a distinctively Sakha backdrop. This is unsurprising. While Sakha film boasts diverse genres, certain genres such as comedy translate less well to national, let alone international, audiences. This is a perennial issue of comedy film, in that humour is often culturally and nationally specific and therefore goes down less well with wider audiences. Nonetheless, there is a space and appetite for Sakha comedy film in the Republic. Domestically successful examples include Nikolai Donskoi’s 2014 film Star, a rags-to-riches bildungsroman. This film is filled with in-jokes and cameos from celebrities and singers from the Republic, who audiences outside of the Republic in Russia would likely struggle to recognise, let alone audiences beyond Russia. Another successful example is the Keskil trilogy (2006-2013), in which the eponymous hero, a spoiled mama’s boy, embarks on a series of comedic adventures. Clearly, Sakha audiences are interested in and are supportive of diverse types of films, art house dramas and comedies alike.

Sakha cinema is at the intersection of multiple identities and film cultures — Asian, Arctic, Russian, Indigenous — so it is able to appeal to diverse audiences and film networks

The recent acclaim that Sakha cinema has received on the national and international film circuits can be traced to 2016. That year was a particularly successful one in Sakha filmmaking. For example, the documentary 24 Snow by Mikhail Barynin is a beautifully-shot film that follows Sergei, a breeder of Yakutian horses. The documentary is narrated by Sergei himself, and masterfully juxtaposes mundane aspects to Sergei’s routine with existential crises (horse-breeding is a dying career in the Republic). Meanwhile, The Bonfire (Dmitry Davydov), which is part of Klassiki’s Sakha Film season, is a deeply moving story of an old man whose son accidentally kills his friend, setting off a chain of events which end in further tragedy. In this film, there is a sense of remoteness conveyed in both emotional and geographical senses. Furthermore, it is a classic example of a Sakha film which explores universal themes against a specific Sakha backdrop: a small, rural village buried in snow, seemingly cut off from the rest of the world.

In a similar vein, Eduard Novikov’s 2018 film The Lord Eagle (which opened our Sakha Film season), relates the human tale of two old people trying to survive and care for one another. But this film too is steeped in Sakha folklore and history, and, even more than The Bonfire, suggests a clash between tradition and modernity, which can only end in tragedy. These films received significant plaudits: The Bonfire was very well received on the international film circuit (specifically at Asian and Indigenous film festivals). The Lord Eagle won Best Film at the Moscow International Film Festival in 2018, and 24 Snow won awards at Moscow International Film Festival as well as other regional film festivals. Another very recent success is Davydov’s second film, Scarecrow (2020). It follows the story of a shamanic healer in rural Sakha who is respected and feared by her fellow villagers. It won the grand prize at Russia’s biggest film festival, Kinotavr, in 2020 — the first ever Sakha film to do so — suggesting even greater promise and fortunes to come for the region’s cinema industry; including, perhaps, the possibility of federal government funding for the first time. A final point should be made about the luscious cinematography of these films: the stories take place against backdrop of extraordinary, vast landscapes, also inviting a touristic gaze of the Republic for outsiders.

Overall, the Sakha cinema industry is going from strength to strength, and it seems to be thriving on a dual approach. Efforts are being put into making films that are attractive to both domestic and (inter-)national audiences, and this is proving a successful venture. How it will continue to develop in the midst of global economic turmoil in the aftermath of the Covid-19 pandemic remains to be seen, but it seems that all efforts are being made to continue and grow the phenomenon that is Sakha cinema.