The director of London’s Armenian Institute reflects on the singular place that writer Hrant Matevosyan occupies in the country’s literary and film cultures.

My first memories of Hrant Matevosyan are the photographs of him accompanying his short stories, often published in the literary publications my mother would read – smoking, unsmiling, serious. I was a teenager when I read his Hangover, loosely based on his experiences studying scriptwriting in Moscow. I had never read anything like that from an Armenian writer: raw, funny, rude, unusual. His protagonist is a writer, so there are quotes from unfinished manuscripts; at some point he retells the whole of Michelangelo Antonioni’s The Night, playing with the accents and languages of his fellow students.

It intrigued me, and I read We Are Our Mountains next, a short story based in a village in his native North Armenia, hidden in deep valleys and dark forests. I have reread that short story and watched Henrik Malyan’s excellent 1969 adaptation many times since, and every time I am taken aback by its depth, tenderness, and humour. 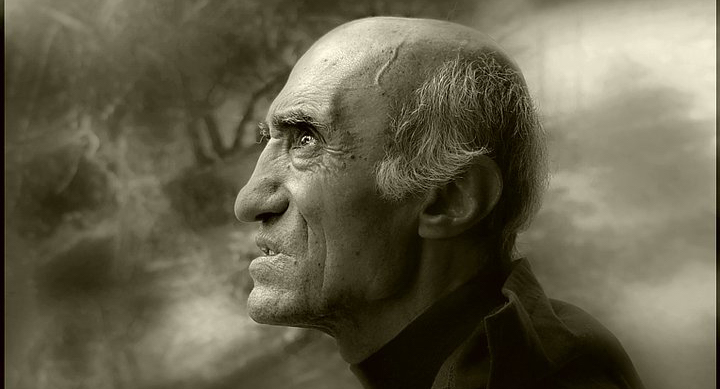 The story is simple: a group of hungry shepherds butcher and eat some stray sheep which have joined their flock. The story reaches the police, who send their lieutenant to find and punish the guilty parties, despite the fact that the victim of the theft, fellow villager Revaz, is not even complaining. With the simply structured and witty narrative and stunning visual descriptions, it would have been an ideal candidate for an adaptation, especially if the script was written by Matevosyan himself. While a lot of detail has been changed in the film, it retains its wise, philosophical but playful tone, masterfully performed by a group of heavyweights of  Armenian cinema: Mher (“Frunzik”) Mktrchyan, Sos Sargsyan, Khoren Abrahamyan, Artavazd Peleshyan and others.

I had never read anything like that from an Armenian writer: raw, funny, rude, unusual

Watching it on a big screen on the opening night of Klassiki and the Armenian Institute’s Spaces and Places film festival was a special treat, as it is one of those rare films which can make you laugh, cry, think, and question at the same time. Malyan and Matevosyan’s combined genius managed to turn a short story into a magnificent film, with incredible cinematography and witty dialogue accompanied by maestro Tigran Mansuryan’s subtle score. We Are Our Mountains is a film which stays with the viewer for a long time: whether it’s the inimitable Mher Mktrchyan’s stubbornness when his village peace is threatened by an outsider; the painful loneliness of Azat Sherents’ Avag, who keeps arguing with his wife because she has died and left him; or the poignancy of the mock trial scene, reminiscent of Bergman’s Seventh Seal 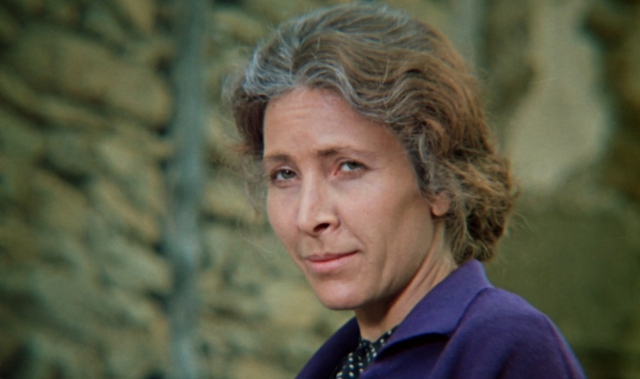 Another much-loved Hrant Matevosyan short story, also adapted for the screen, is Autumn Sun, which in my head is the inverted image of We Are Our Mountains, which focuses mostly on men. Autumn Sun, by contrast, is the story of one woman, Aghun, and told from her perspective.

Aghun is angry. Angry at everyone: her hapless husband, her violent father, her cruel in-laws, the head of the village’s collective farm, the world, her neighbours, everyone. Forced into a marriage, poor and uneducated, she relentlessly creates and creates – a house, a family, an orchard, a life. Both the short story and the film start with the ageing Aghun piling up baskets of village goods to take to her son in Yerevan. Despite her anger, despite all the pain and humiliation she has endured, she is not bitter, but rather full of Matevosyan’s autumn sun – warm, but also about to run out of heat.

Bagrat Oganesyan’s 1977 film, like Malyan’s adapted by the writer himself, makes the viewer’s heart ache for Aghun, and every other woman who has been oppressed, married against her will, had no support, education or opportunities. The director, who also collaborated with Tarkovsky, shot the film in Matevosyan’s home village, Ahnidzo, against the writer’s wishes: he argued it would ruin the purity of his birthplace. Anahit Gukasyan, who was married to Oganesyan, was cast as Aghun, and delivers a monumental performance: not your typical pleasant and gentle village girl, but a powerful, complex character. Ironically enough, while there are many stories about fierce arguments between writer and director, these two men managed to work together to create arguably the strongest feminist film to emerge from Soviet Armenia.

Watch We Are Our Mountains from 12th May and Autumn Sun from 2nd June on Klassiki as part of our season Spaces and Places: Exploring Armenian Identities on Film.