Aleksei German’s War: how an auteur changed Soviet war cinema from within 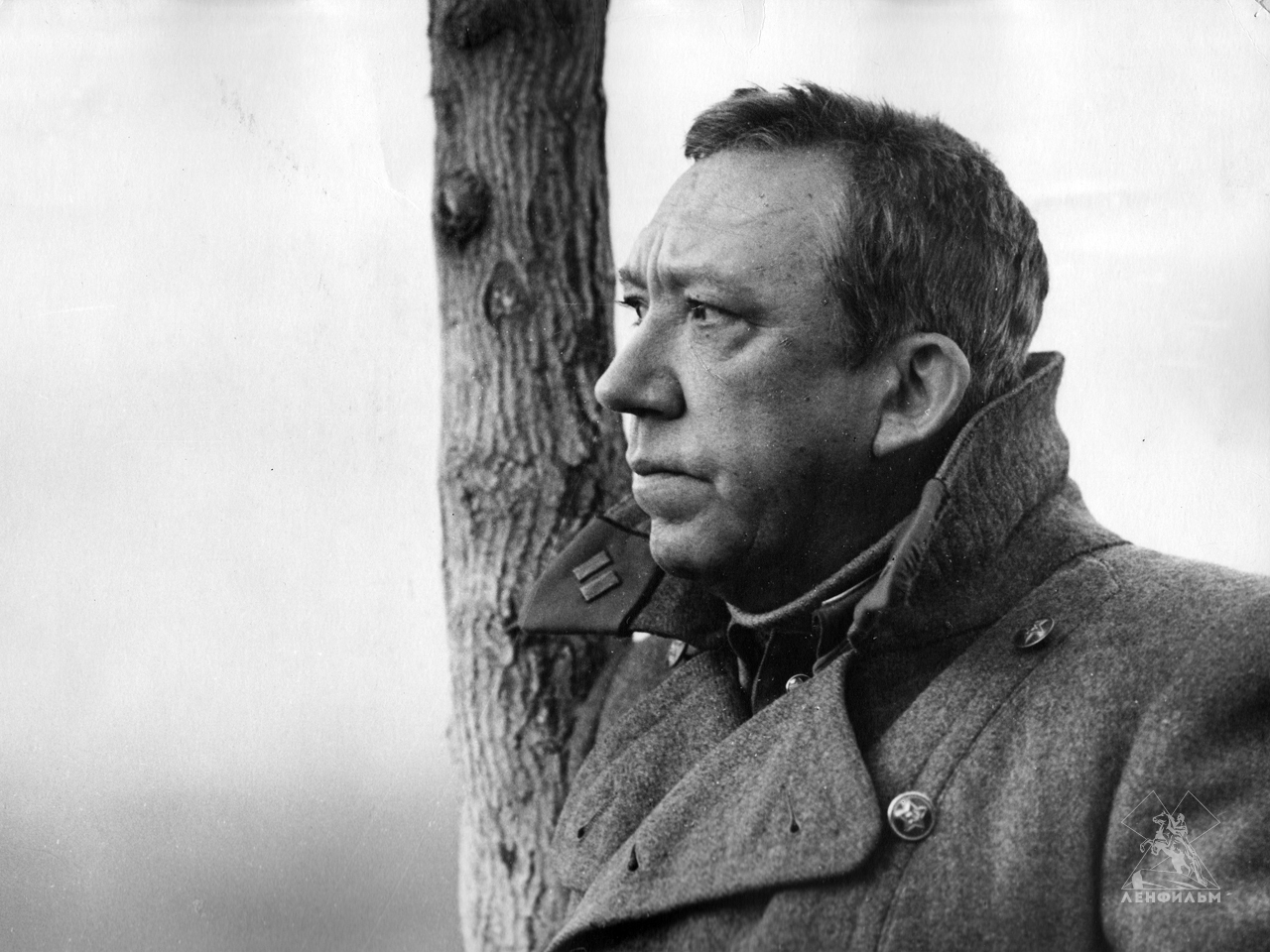 It is both a truism and an understatement that the Second World War looms large in Soviet and Russian film. There is not a national cinema more fixated on the conflict, more committed incessantly to relitigating the triumph and the trauma. Aleksei German Sr., by any measure one of Russia’s most brilliant filmmakers, started his solo directorial career with two films about the war. Trial on the Road, about a Soviet soldier returning to the fold after serving with the Germans as a POW, was completed in 1971 but shelved until 1986. German’s sophomore effort, Twenty Days without War (1977), was thus the first glimpse that Soviet audiences got of this prodigious talent, and marks a turning point in the history of the country’s cinematic relationship with the war.

The centrality of the war to the industry means that one can clearly trace the evolution of post-1945 Soviet film through its shifting depiction of the conflict and its aftermath. For instance, the promise of the Thaw — the period of relative cultural licentiousness following Khrushchev’s denunciation of Stalin in 1956 — was keenly felt in films like Mikhail Kalatozov’s The Cranes are Flying (1957) and Grigory Chukhrai’s Ballad of a Soldier (1959). These films internationalised Soviet cinema, drawing on nouvelle vague and neo-realist conventions and receiving plaudits at Cannes and Venice. Kalatozov and Chukhrai departed from the patriotic bromides of Stalinist militarism, depicting in melodramatic terms the impact of the war on individuals: families, lovers, children. These films still lauded the heroism of the Soviet war effort, but acknowledged now the sacrifice that it entailed. 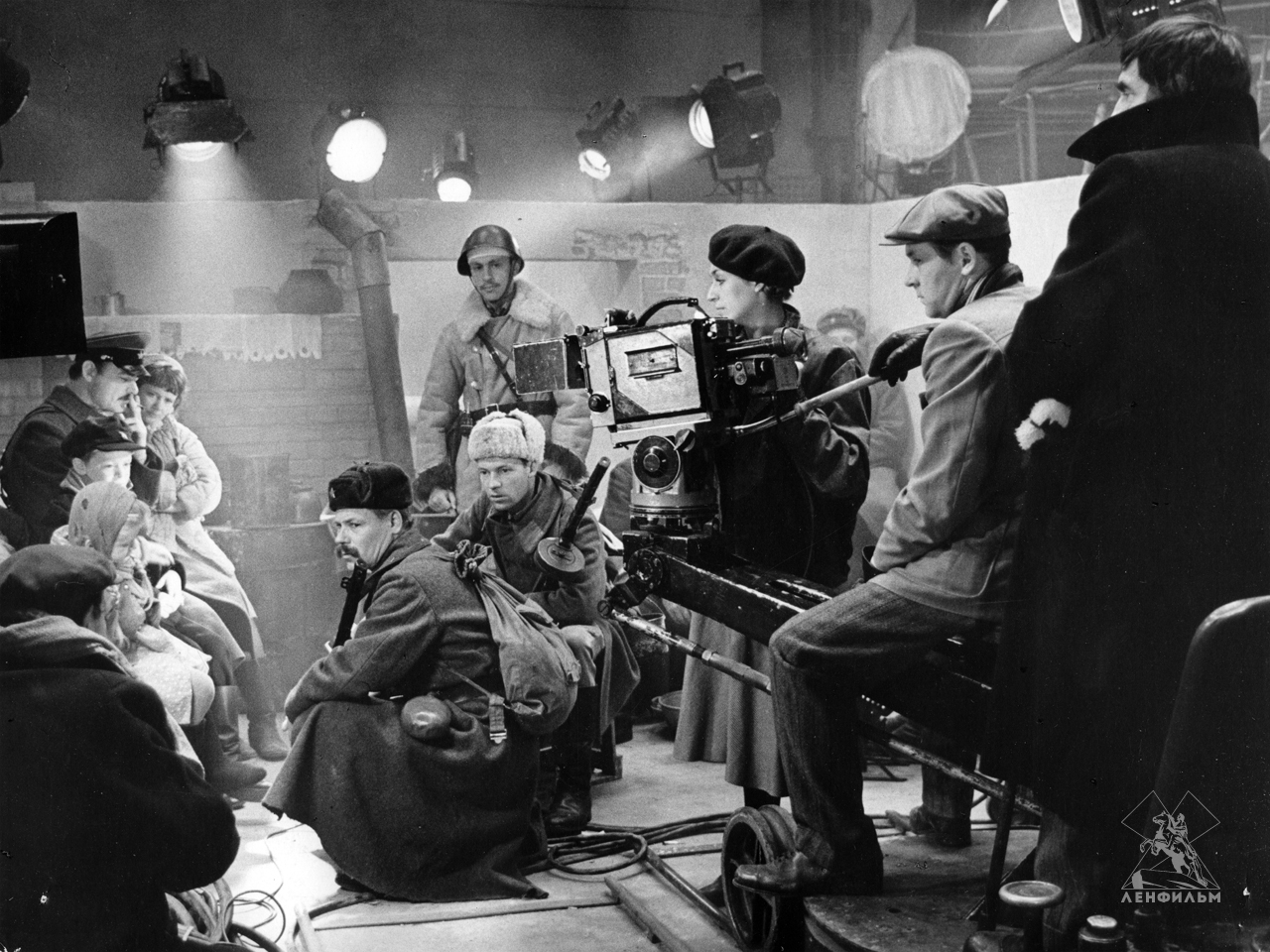 By the late ‘60s, though, the Thaw had long since faded from view. The stultifying, eight-hour slog of Yury Ozerov’s Liberation series (1969), which regurgitated the most stolid Stalinist cliches, typified the state of war film in by the time German came to directing. German’s war films fell between two stalls. More cynical about the war effort and more formally off-putting than Cranes or Ballad, and with the perestroika-era exorcisms of films like Elem Klimov’s Come and See (1985) still to come, the official disapproval they met was indicative of the situation young directors found themselves in during the ‘70s; too young to reap the creative rewards of the Thaw, but arriving too early to make the most of the ‘80s. Cinema apparatchik Boris Pavlenok captured the spirit of the times when he complained of Trial’s austere moral ambiguity: “Many war films make various mistakes. This one is unique in having gathered together all the mistakes that are possible to make.”

At risk of falling permanently from favour before he had truly begun, German was offered a lifeline by Konstantin Simonov, a successful and politically connected author, who suggested that the young director adapt one of his stories. German was attracted to Simonov’s semi-autobiographical novella From Lopatin’s Notes, based largely on the author’s own experiences as a war correspondent in the 1940s; in particular the section in which the protagonist spends a few days on leave from the front in the Uzbek capital Tashkent, advising on a film based on his own accounts of Stalingrad. (The Soviet studio system was evacuated to Central Asia during the war.) Simonov was good to his word, throwing his political heft behind German in the face of attempts to delay and cancel shooting and to recast the lead role; after a year’s delay post-production, Twenty Days was released in 1976.

Beyond the practical benefits of their professional relationship, German clearly saw in Simonov’s prose some echo of his own aesthetic approach to the war. German saw earlier war films as products of a more desperate time. “By smoothing out reality, illuminating it, they helped people to survive,” he later wrote. “People loved them, they went to see them in numbers that our films will never again experience. We no longer have that vital necessity. We are not the air that people breathe.” In place of outdated triumphalism, German proposed simplicity and authenticity. “What would it mean to shoot the war ‘faithfully’? It seems to me that what is needed is an inner harmony between the faces and eyes [onscreen] and their circumstances.” German cited some lines from Simonov’s own poetry as the inspiration for his formal approach in Twenty Days:

“And like the last ‘farewell’,
whether it is expected or not,
he says: ‘time to go’.
The simpler it is said, the better.” 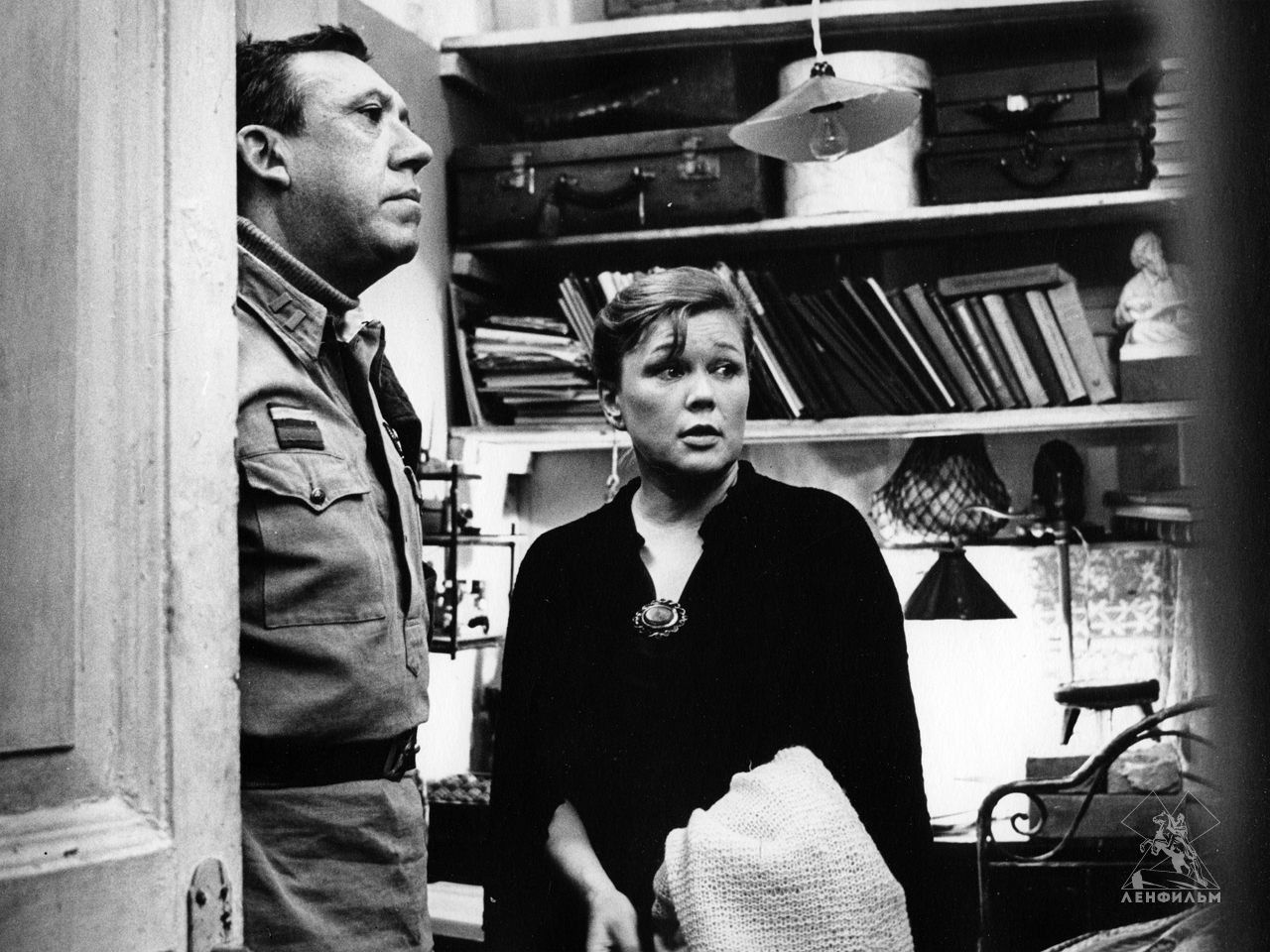 If German achieved a sense of authenticity in the film, then simplicity is perhaps a trickier proposition. Twenty Days is such a singular treatment of the Soviet war experience because of a tension that animates all of German’s films: between his meticulous attention to period detail, and his insistence on the peripheral and incidental. All but one of German’s films are set at concrete moments in Soviet history, and he put tremendous effort into recreating the material reality of these time periods in his mise-en-scène. The train which Lopatin takes to Tashkent was a war-era model sourced specially; calls were put out in Tashkent newspapers for clothes and household objects dating from the 1940s. Lyudmila Gurchenko, who plays Lopatin’s brief encounter Nina, recalled the director’s “childlike face, with dimpled cheeks, growing both happy and severe” as he adjusted the costumes of every extra on set.

Having constructed this quasi-documentary replica, though, German proceeds to shoot it askew. His camera drifts through space, only ever tenuously yoked to a given character’s perspective, caught somewhere between omniscience and haplessness. He once stated that his was “cinema of the background”. Seemingly incidental characters dominate the screen for brief moments before disappearing again: a wife concerned that her husband has mailed her his watch from the front; a soldier dressed as Father Christmas; most memorably of all, Aleksei Petrenko as Stroganov, a soldier sharing a train cabin with Lopatin whose careening monologue about his unfaithful wife is one of the most electrifying sequences in German’s oeuvre.

The director’s commitment to throwing his viewers off the scent is demonstrated by his casting of the leads as much as by his bit-part players. Gurchenko as Nina and Yuri Nikulin as Lopatin were both curveballs, popular actors known for their lighthearted comedic roles (Nikulin’s turn in Leonid Gaidai’s The Diamond Arm, is one of Soviet cinema’s all-time classics). Yet German saw something in them that accorded with his standards of authenticity. “Nikulin existed on an unattainable level of truth,” he later said of his decision. 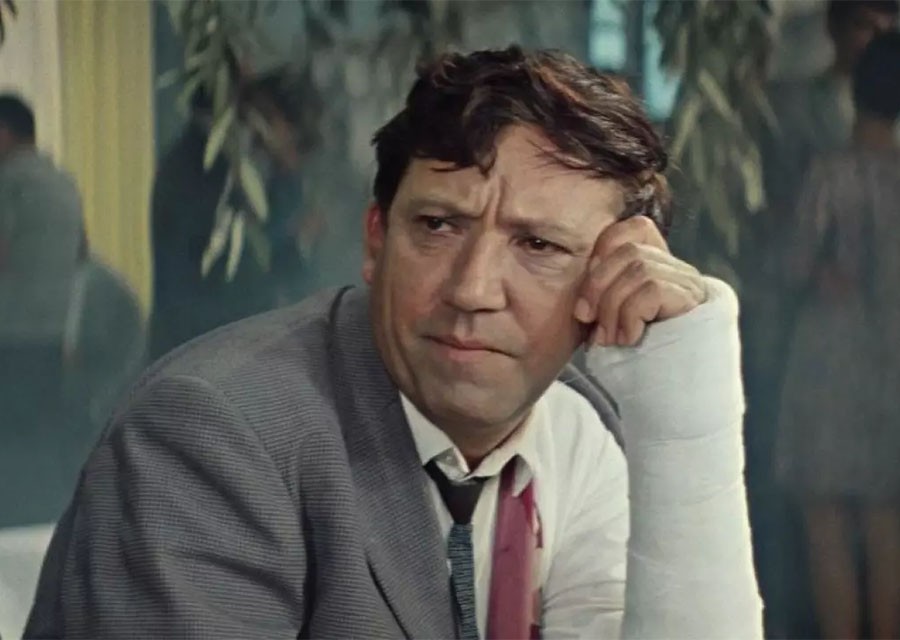 Taking the above into consideration, we start to understand German’s understanding of the relationship between history and film — and therefore of his importance to the tradition of Soviet war cinema. For German, historical insights can only crystallise in hindsight, truth resides in the margins, and there is a fundamental dissonance between events — particularly traumatic, destructive events like war — and how we attempt to describe them. Any attempt to discern some overarching ‘meaning’ in the war, whether celebratory or tragic, is misguided. German’s attraction to the character of Lopatin makes sense in this regard: as a war correspondent, he is expected to synthesise and then convey the almost-mythological world of ‘the front’. But every time he is called upon to do so in Tashkent, he falls short. The result is, in the words of scholar Alexander Graham, “an exploration of the ways in which the mythologies of established historical narrative can be interrogated, destabilized and ultimately demystified through cinema.”

Hence the subplot that sees Lopatin called in to advise on the production of a film based on his writings from Stalingrad, and frustrated at the inauthenticity of its pristine sets, costumes, and patriotic bluster. The romance with Nina may dominate the narrative, and Stroganov’s monologue may stick longer in the mind, but the sight of Lopatin watching his own words being brought unconvincingly to life are at the heart of Twenty Days. These scenes, though brief, represent German’s most explicit engagement with the question of cinema itself — its responsibilities and capacities in the face of mass suffering. From Stalingrad to Berlin, the war has shaped Soviet and post-Soviet Russian film, but this kind of self-reflection is a rarity; it took a visionary in German and a direct witness in Simonov to put it onscreen.