Ali Khamraev and the idea of the Soviet auteur

Ali Khamraev – two of whose greatest films, Man Follows Birds (1975) and I Remember You (1985) feature as Klassiki’s Picks of the Week this month – is one of the unsung titans of (post-)Soviet cinema. Why has he lacked proper recognition? Two reasons suggest themselves immediately. First, Central Asia remains terra incognita for much of the cinephile world, despite the occasional journalistic foray; often dismissed as inscrutably authoritarian, or else falling into the conceptual gaps between the more lauded cinema industries of neighbours like Russia and Iran. Second, and relatedly, Khamraev’s reputation has suffered by comparison. When he is spoken of, it is often in the same breath as his close friends and kindred aesthetic spirits, Andrei Tarkovsky and Sergei Parajanov – names that resonate so loudly for most viewers that they obscure whatever they come into contact with. 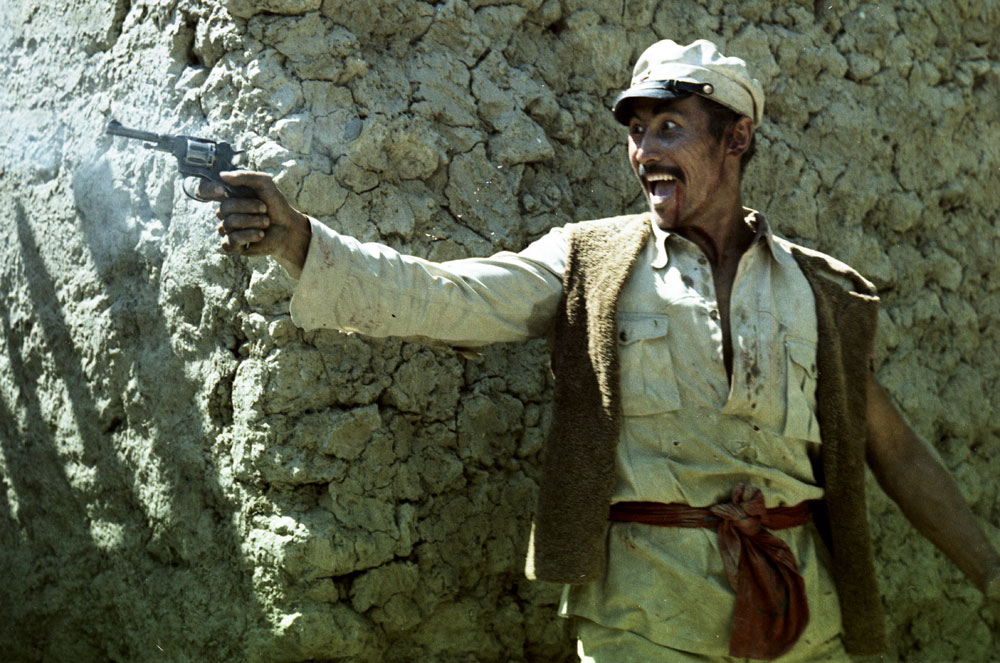 This is unjust. Khamraev’s career more than stands up to comparison with those of his contemporaries (as well as those of international luminaries like Antonioni – another good friend of Khamraev who he once boasted of having taken to dinner in a traditional Uzbek aul). Indeed, reconsidering Khamraev’s place in Soviet film history might allow us to re-evaluate just why the likes of Tarkovsky and Parajanov loom so large over our thinking.

To my mind, this question can be brought back to the idea of the auteur. Tarkovsky and Parajanov (those in the know might add the likes of Larisa Shepitko, Kira Muratova, or Gleb Panfilov to the list) are so lauded internationally because they best align with our sense of that word: directors who have a discernibly “individual” approach to film. In the context of the dominant, Cold War-informed understanding of what Soviet cinema was like, this takes on extra significance: to have been an “individual” in the Soviet context is presumed necessarily to have entailed the sort of risk and sacrifice that makes martyrs of artists.

You know when you are watching a Khamraev film. His individuality, though, was not founded on outright opposition to the Soviet system – on some level, it derived from it

There is a certain truth to this, which brings us back to Khamraev. As any film student will tell you, the notion of “auteurism” is one of the most slippery in the medium’s history. The term was made famous in the 1960s when it was borrowed by American critics from François Truffaut’s writings for Cahiers du cinéma and applied in bowdlerised form to the Hollywood studio system in order to answer a tricky question: in a rigidly controlled production line like those established by the big Tinseltown studios, where was one to locate the spark of individual creativity that would mark cinema out as a bonafide art rather than just a glorified circus attraction? A director’s ability to convey some sense of their personality despite the strictures of their working environment was thus lionised as the sign of true genius.

It follows that there would be as many types of auteur as there are systems to rebel against. While far from the Golden Age of Hollywood in the ‘30s and ‘40s, the Soviet film industry was very much a studio affair, particularly after the Second World War. Film historians now tend to speak of the emergence of the “Soviet auteur” as occurring simultaneously with the institutionalisation of the studio system, sometime in the late ‘50s and early ‘60s: in this reading, the likes of Marlen Khutsiev (whose wonderful I Am Twenty is available on Klassiki) and Mikhail Romm (Ordinary Fascism on Klassiki) were the pioneers who led to way for the more determinedly individualistic likes of Tarkovsky in the 1970s. Coincidentally, this was also the period in which film production came into its own in the Central Asian republics; Tashkent native Khamraev, who made his first features in the early ‘60s, thus came of age at the point when both Uzbek film and the idea that a Soviet director could convey their personality through their work were both ascendant.

What distinguishes Khamraev from, say, Tarkovsky and Parajanov, however, is that his relationship with the studio system was never fully antagonistic – which may explain why a Western audience on the lookout for “dissident” heroes has never warmed to him in the same way. Khamraev was endlessly frustrated by the bureaucracy of Soviet filmmaking, as he has made clear in numerous interviews. But while he tested its boundaries with films like the impressionistic coming-of-age drama Man Follows Birds (1975), he also worked squarely within its parameters with entertaining genre fare like The Bodyguard (1979) and The Seventh Bullet (1972). He had this shapeshifting ability in common with another overlooked Central Asian maestro from across the border in Kyrgyzstan, Tolomush Okeev.

Khamraev explored questions of personal and national memory as sensitively as Tarkovsky; he played like Parajanov with folk aesthetics and literary impulses. Over more than 20 features, Khamraev has mastered action sequences, poetic digressions, documentary observation, and social (if not socialist) realism. In films like I Remember You, he reckons with the complex layering of Soviet history, how it stages encounters between Russian and Uzbek, city and country. You know when you are watching a Khamraev film. His individuality, though, was not founded on outright opposition to the Soviet system – on some level, it derived from it. In this sense, then, he was perhaps the quintessential Soviet auteur.

Watch Man Follows Birds and I Remember You as part of Klassiki’s Pick of the Week selection from August 17th.