“Each happy family is the same, every unhappy family is unique.” Ever since Leo Tolstoy wrote those famous words, we have looked to the Russians to decipher family in all its myriad forms and complexities. Russian literature is known for its sprawling familial epics, and intimate psychological portraiture. Russian language cinema continues this compelling heritage. In light of Family Day, here at Klassiki, we have compiled our favourite five films about families, in all their unique dysfunction. 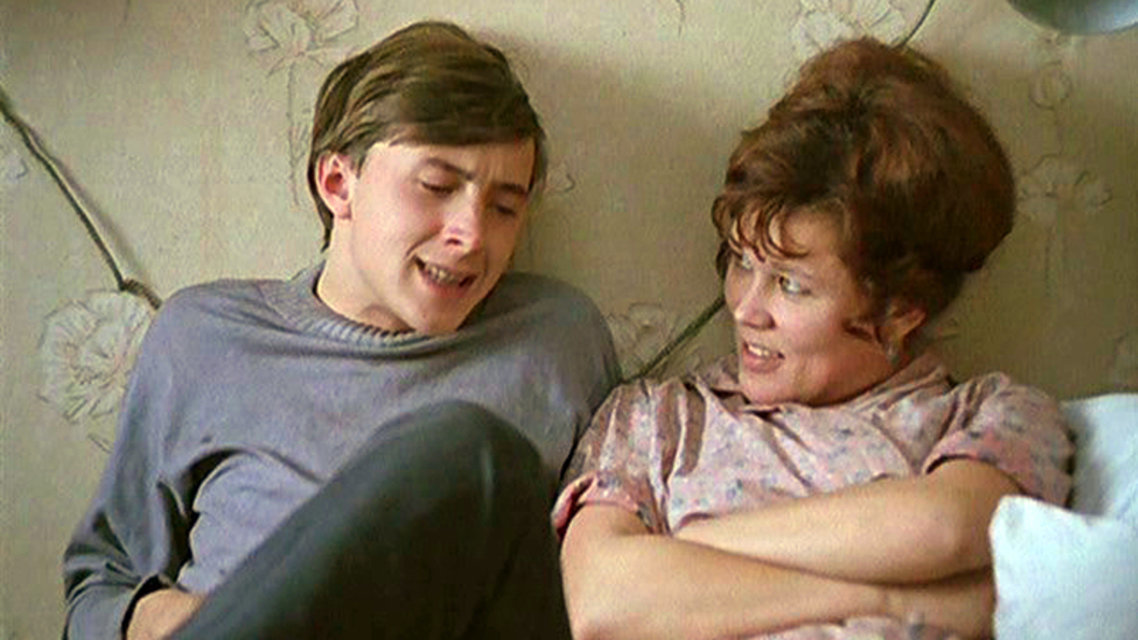 The bond between Zina, a single working-class mother, and her son Boris is deeply tested when she becomes engaged. In this bittersweet coming of age tale, jealousy, bitterness and forgiveness are explored against a backdrop of gorgeous, Soviet, Leningrad. Aside from the family drama, the film provides a rare look at working-class life in the cultural hub of St. Petersburg.

Featuring a standout performance from the much loved Oleg Basilashvili, a failing marriage becomes a cause of anxious comic humour. As Andrei, a literature professor, engages in an extra-marital affair, the result is less sexy and more painfully frustrating. Desperate to keep both wife and mistress happy, and unsurprisingly unable to do either, it is a hilarious and nail-biting perspective on love and human nature.

Starring the iconic and mysterious Vera Kholodnaya, the silent star of pre-revolutionary cinema, this early work is absolutely unmissable. Kholodnaya plays Nata, a beautiful orphan adopted into the Khromova family. But when Nata and her sister Musya fall for the same man, their world’s come disastrously apart.

A blistering, unrepentant and provocative emblem of perestroika and the first Soviet film to feature nudity. Vera, a girl of roughly 20 who has just finished school, is caught between a dysfunctional and abusive family and Sergei, a local rebel. With wonderful references to western culture and the instability and trauma of the 1980s, Little Vera is a time capsule that demands a revisit.

From the late, great Shukshin, starring himself and his real-life wife. As a provincial couple travel from a far-flung Northern region, and toward the Black Sea they meet a wild cast of characters along the way. Displaying the honest simplicity of the provinces, and the couple’s relationship, against the cruel, dishonesty of the city serves as a wonderful backdrop for an understated love story between husband and wife.