“I like animals, they never overact”: Laila Pakalniņa on the making of Dawn, her fever dream of Soviet film history

Latvian director Laila Pakalniņa’s award-winning 2015 feature Dawn is a far cry from the observational documentaries that established her as one of the Baltics’ most vital independence-era filmmakers. At once an homage to and a subversive reimagining of Soviet cinematic heritage, the film is an adaptation of the Stalinist propaganda myth of Pavlik Morozov: an ardent Pioneer who was killed by his family after denouncing his own father as a traitor to the Soviet cause. This parable of communist conviction – which was famously the basis for Sergei Eisenstein’s unfinished <em>Bezhin Meadow</em> – is transported here to a collective farm in Soviet Latvia, as Pakalniņa draws out the sinister and uncanny qualities of the source material. We spoke with the filmmaker about her encounter with the Morozov legend, her cinematic education in the Soviet Union, and the difficulties involved in working with chickens. 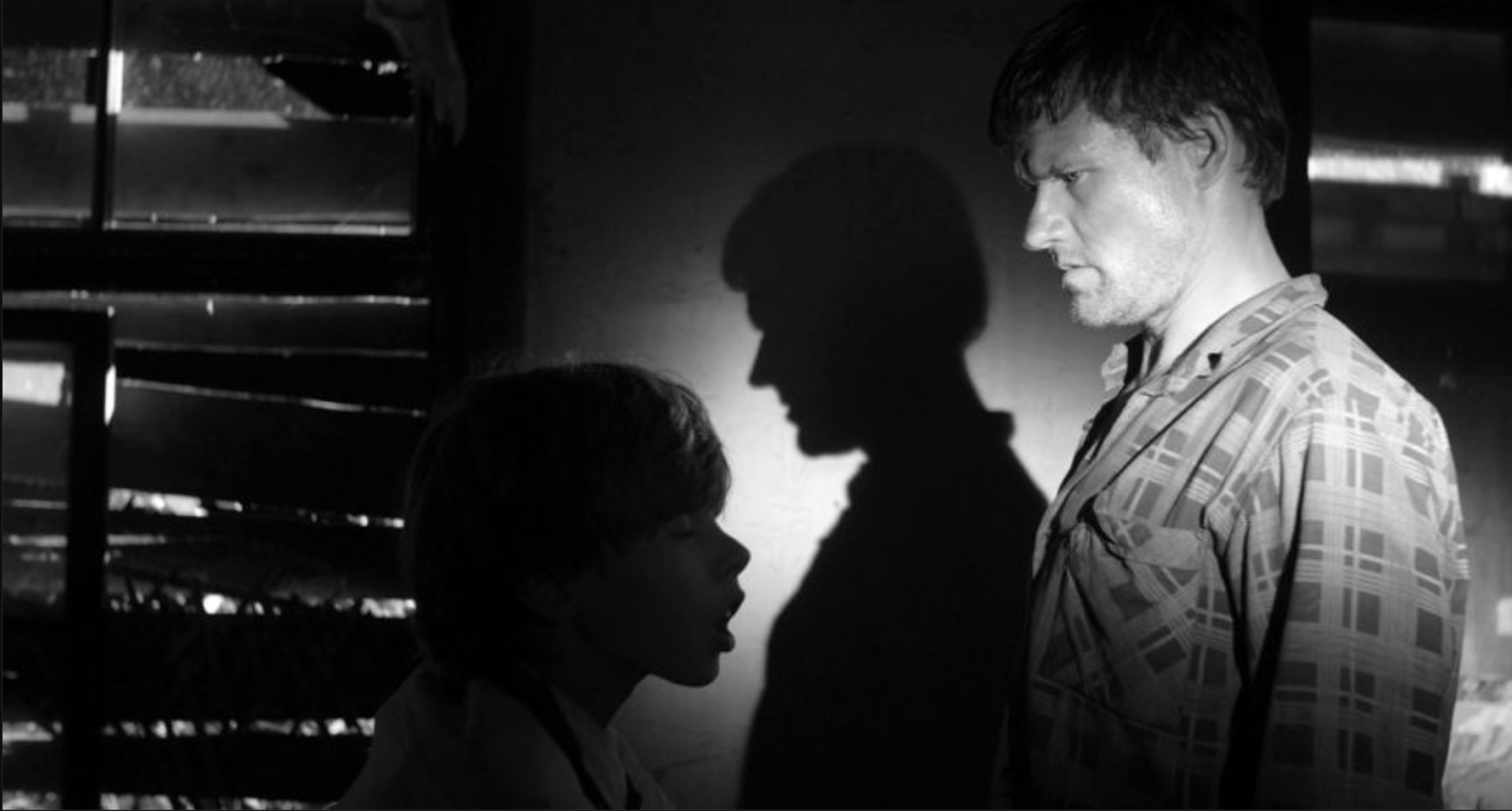 How did you come to this material? How did you decide to adapt this old Stalinist propaganda myth, and how did you arrive at this very idiosyncratic way of doing so?

It’s a long story. I studied filmmaking in Moscow at the VGIK film school. I studied documentary filmmaking and I said to myself that I would never make fiction films. At one point, I received a book of scripts by a Russian author who wrote the scripts for many famous Soviet filmmakers. One of them was Bezhin Meadow, written for Sergei Eisenstein. I was reading it, not because of Eisenstein, but [just] as a text. It was so impressive — it was a kind of black comedy. I was laughing, I was scared. In the end, I said to myself: OK, I would love to make a film out of this, but first of all, I’m not going to make fiction films; and second, it’s a script about Russia, and I’m not going to laugh at Russians, Russians should make this film. Eisenstein tried to make this film, but it was never released, everything he worked on was destroyed. Only some production stills are left.

I forgot about this idea. Then in 2012 or 2013, it came back to me. At that point I had already made four fiction features. So, the first problem was solved. Then it came to my mind that this story is kind of universal: it’s important for any nation, and I just need to adapt it for Latvia. I turned Pavlik into Janis and I filmed it in Latvia. All the characters, good and bad, were Latvian. I didn’t want it to have Russian communists. I wanted to show that you can find all these problems inside any nation. We always blame Americans or Russians or someone bigger, but we need to deal with our own problems. Of course, now that sounds different — but if I were making this film now, during this war, it would be the same. Because it was important for me to show how not to become a tool of the system, not to allow a system to make you stupid.

We always blame Americans or Russians or someone bigger, but we need to deal with our own problems. Of course, now that sounds different — but if I were making this film now, during this war, it would be the same

I’m glad you brought up Eisenstein and his lost film based on this material, because I wanted to ask you about how you understand your film, which is literally and conceptually “post-Soviet”, in relation to Soviet film history. Like you say, your filmmaking education was in that context. Of course, the film is entirely your vision, but watching it, I was reminded of lots of figures from Soviet film history: Oleksandr Dovzhenko, Dziga Vertov, Aleksei German…

Obviously, [when I was] picking up something related to Eisenstein, I [was going to] use all my memories of what I’d seen in film school. But I was not watching particular films while preparing to shoot this one. I just allowed everything that I’d seen to lead me. You’re right, it’s not just Eisenstein — it’s my memories about Soviet cinema, and not just from the 1920s, ‘30s, ‘40s, but the ‘60s as well. That’s also important when people ask why it is in black and white: somehow my memories of Soviet films are black and white. In addition to the directors you mentioned, I would also include [Marlen] Khutsiev. But not any one particular film. After shooting Dawn, I was thinking how much of Eisenstein was in it, and how much of other directors, [given that] I allowed all my memories and impressions to lead me in making it. For example, the demolition of the church — it’s totally different from what Eisenstein did, it’s more my memories of Vertov.

The opening scene of his film Enthusiasm?

You mentioned that when you started out, you were determined to become a documentary filmmaker, and it took you a while to arrive at fiction filmmaking. How did your documentary background influence the way you shot Dawn? The cinematographer, Wojciech Staron, is famous as a documentary cameraman. Did you discuss this with him?

I would say no. I work on fiction and documentaries in parallel. Wojciech is a very good documentary filmmaker, not just a DoP [director of photography] but a director. I chose to work with him because I realised that he is very sensitive, very emotional as a DoP. If I compare the style of his documentaries with what we did in Dawn, it’s totally different. In his documentaries, he mostly uses handheld cameras. [In Dawn] there were moments when he needed to run, but mostly there were very precisely built compositions. It has nothing to do with documentary, where you just wait: in my case I like to set up a composition and then wait to see what happens; Wojciech would rather follow life with his camera. But Dawn was set up in a totally different way. I learned that [Wojciech] worked as a cameraman when Sławomir Idziak was the DoP for Harry Potter [and the Order of the Phoenix]. Then I understood that he had already worked with some crazy mis en scène…

There’s less CGI in your film, of course… 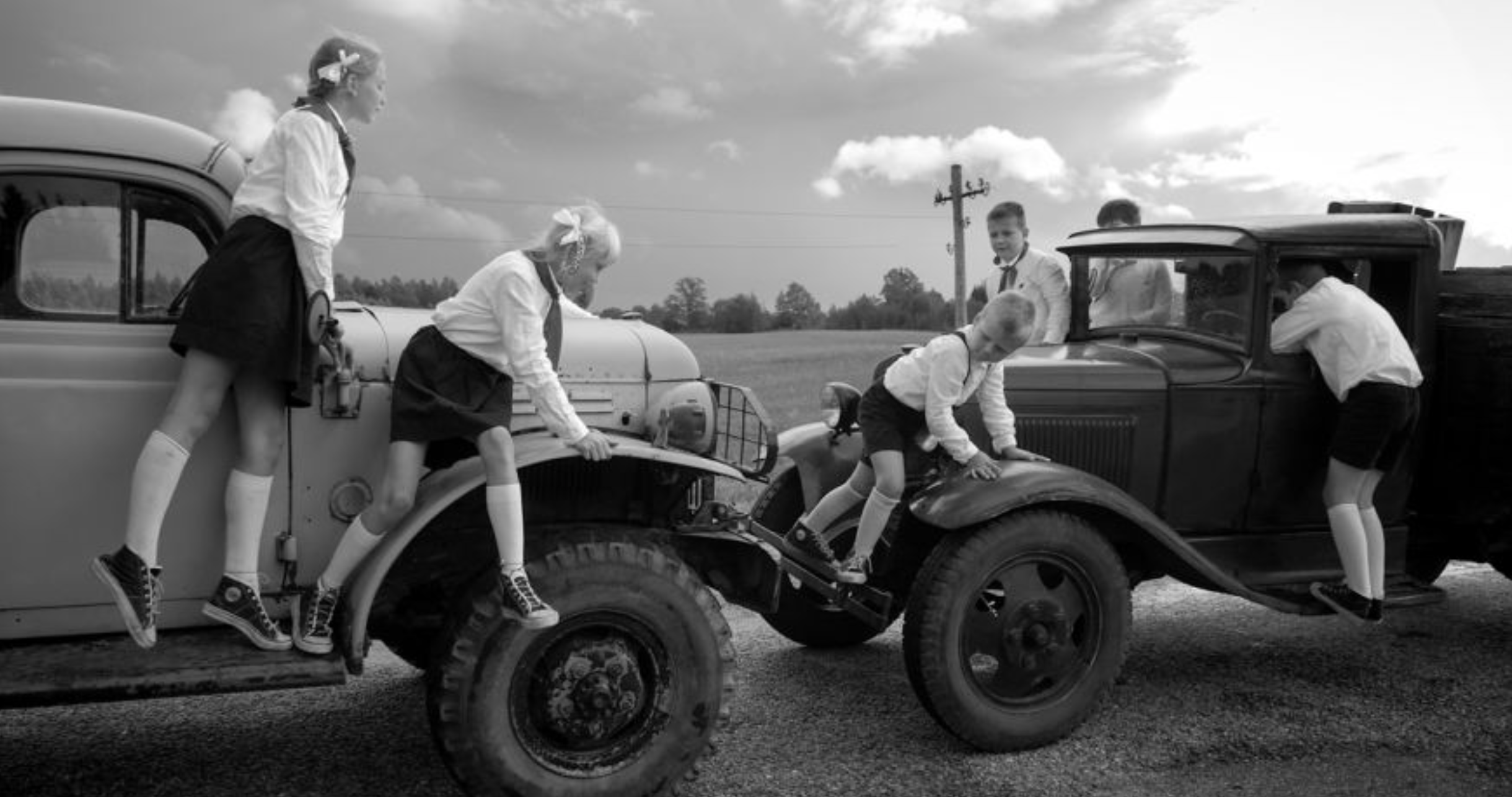 You say that you had to plan and compose the compositions very carefully. That’s immediately apparent in the number of large set pieces: the destruction of the church, the meeting of the villagers, the search for Janis. There’s an idea running through the film about the tension between discipline and control, and chaos and the irrational — encapsulated in the contrast between the disciplined brigade leader and the unruly crowd. Could you say something about this contradiction?

I can’t say much about this. It’s how it is in life. You can’t control something 100 percent because we’re human beings: all this strict control can turn upside down and can go in wrong, uncontrollable directions. For me, it was very interesting to work with crowds. When I think back six years ago to when we were shooting, I still have this feeling that Dawn is my most “handmade” film. At that time, we couldn’t find a first AD [assistant director]. I had an assistant during shooting, but it was her first time on a set. So, all those mass scenes, I needed to calculate and direct everything by myself. But it was fun, in a way. I appreciated it a lot. For many of those [extras] it was also their first time on a set, and they were just people from small Latvian villages. Latvians are very introverted. What I was the most afraid of was the scene where all the villagers burst out laughing. But we did it.

I was struck by the degree to which you focus on the non-human in the midst of the human drama: insects, snails, chickens. I’d love to know how you understand this relationship between animal and human in the film, and if it relates to the idea of human nature you just mentioned.

I like to have animals in all my films because they never overact. It’s never easy to work with them but they’re always natural. In this film, the hens were very important for me. I wanted to compare them with the humans: [in the final shot] when the hens are eating the shit, that’s what we do when we become a part of a system, when we don’t think. But it was not easy for them. We were shooting this scene early in the morning. It was like magic hour but not very magic, because the sun wasn’t coming out, it was a grey morning. It was my first experience with chickens. And they wouldn’t wake up. We were carrying them around on set and they were snoring. So that is one scene that we did need to reshoot.

Dawn is available to watch on Klassiki now.