Nouritza Matossian is a writer, actor, broadcaster and human rights activist writing about the arts, contemporary music, history and Armenia. She has published the first critical study of the Greek composer Iannis Xenakis and a ground-breaking biography, Black Angel, A Life of Arshile Gorky in 1998. Honorary Cultural Attache for the Armenian Embassy in London from 1991-2000, she broadcasts on the BBC as well as contributing to newspapers and magazines including The Independent, The Guardian, The Economist and The Observer. Shadows of Forgotten Ancestors is screening as part of Under Soviet Skies. 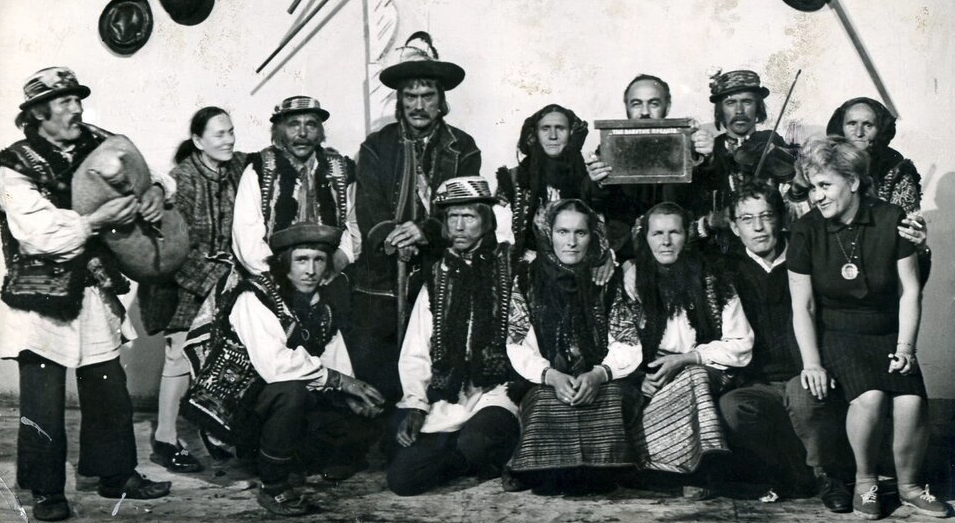 I will never forget the time I saw the first Parajanov film screening in the early 70s at the Commonwealth Institute, Kensington, with an excited group of fellow Armenians. Smuggled in unofficially, the pirated copy of Colour of Pomegranates was projected, bleached of colour, with distorted sound, yet I recall the sudden shock and elation of recognising a contemporary masterpiece. It was an epiphany, a homecoming that led to a lifelong passion. After the black and white tragedies of Armenian Genocide films, here, we witnessed a virtuoso artist playing across the rich range of Armenian art, culture and music with a depth and inventiveness never encountered. Why had it been banned by the Soviet authorities? Parajanov himself said,

“I am an Armenian, born in Tiflis, sitting in a Russian prison for being a Ukrainian nationalist. I was in prison in Ukraine for four years and four months. Two years in other prisons. I served eight years in Tblisi and Kiev. They yelled at me, mocked and tortured me.” These are the words of one of the world’s greatest filmmakers.

Sarkis Parajanian was born in 1924 to an Armenian family, his father an antique dealer and his mother a storyteller. Like many hidden Armenian artists, he borrowed camouflage from his host country. In Moscow 1945 renamed Sergei Paradhzanov, he studied voice and choreography then joined the directing programme at VGIK under Igor Savchenko. After completing the statutory Soviet films, which he subverted and would later disown, he went to Kiev to Dovchenko Film Studios. 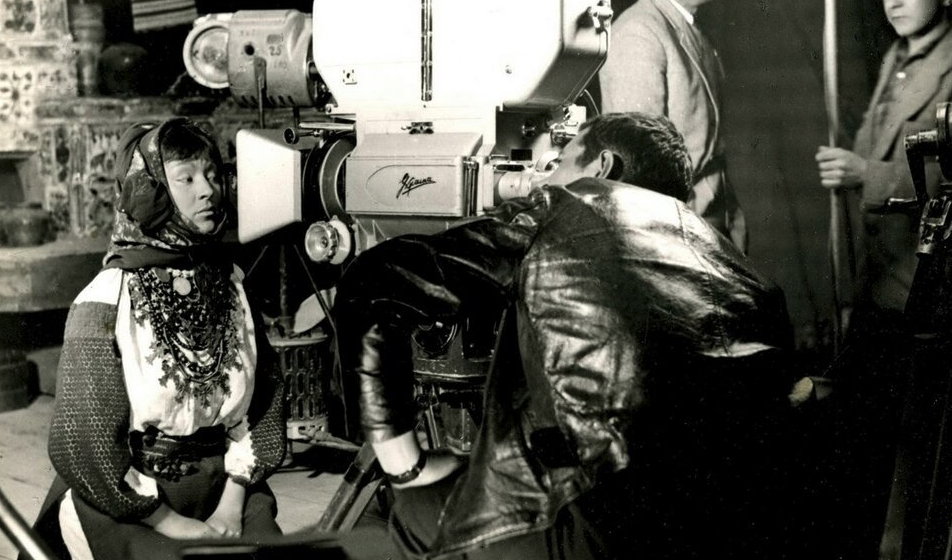 For the 100th anniversary in 1964 of the classic Ukrainian writer Mykhailo Kotsiubynski a film was commissioned based on his lyrical, poetic novel about the Hutsul people of the Carpathian mountains living from forestry and farming animals. Parajanov knew that many Armenians also lived there, after escaping from Lvov when Ukrainians demanded they become Catholics. The title too must have chimed with his acute awareness of the genocide which had decimated his people. Coupled with his natural affinity for folk arts, music and rituals, he would celebrate this ancient culture. The theme of doomed love in the film also drew on his tragic first love; a Muslim Tartar girl who converted to Christianity, secretly married him in 1949 but was hunted by her brothers stabbed and pushed under a train.

Ivan and Marichka’s childhood love in the birch forest by a rushing river grows strong but is tragically cut short. Ivan’s obsessive pursuit of her spirit after death is framed by village life, farming and ancient costumed rituals. Parajanov separated the different functions of visuals and sound, colour and image, character and dialogue. The villagers act as a chorus, dancers and narrators in highly coloured traditional costumes and masks. The plot itself is powered by the soundtrack with leitmotifs from local instruments such as the longhorn, natural noises of the landscape and animals, Hutsul chanting and speech. Headings announce episodes and dialogue is spare.

The film’s startling choreography, by the young Yuri Ilienko’s unhindered extemporising camera, whirls in and out of focus destabilizing the viewer. Sequences shift from colour to black and white, hieratic close-ups of people, animals, faces, textiles, wood carvings, symbols, earth, rock, fire and water against tracking shots in the woodland. This panoply of techniques contrasts with the later static tableaux vivants in Colour of Pomegranates (1968). Parajanov acknowledged that his stimuli are visual rather than literary and each frame is independently composed, “my directing tends to dissolve in painting.” In this and other films, he initiated a style of film making that rejected narrative Social Realism and opened up the possibility of poetic film making as never before with his daring aesthetic vision and highly charged editing.

He publicly defended artistic freedom and his Hutsul soundtrack from being dubbed into Russian. Unwittingly swept up as a figurehead of Ukrainian nationalism he would be prevented from making more films for years to come. Despite the condemnation of Soviet authorities, the film received huge success abroad. A long run in France, international prizes and awards, which he was forbidden from attending, put Soviet cinema on the world map and gained him the devoted admiration of such artists and film directors as Fellini, Truffaut, Scorsese, Godard, Dali and many more, who campaigned for his release from prison, where his health was endangered. Parajanov’s artworks and collages are exhibited in the Parajanov Museum built as his home in Yerevan where he died on 20 July 1989.

Unquestionably Shadows of Forgotten Ancestors is one of the finest masterpieces in the canon of world cinema. 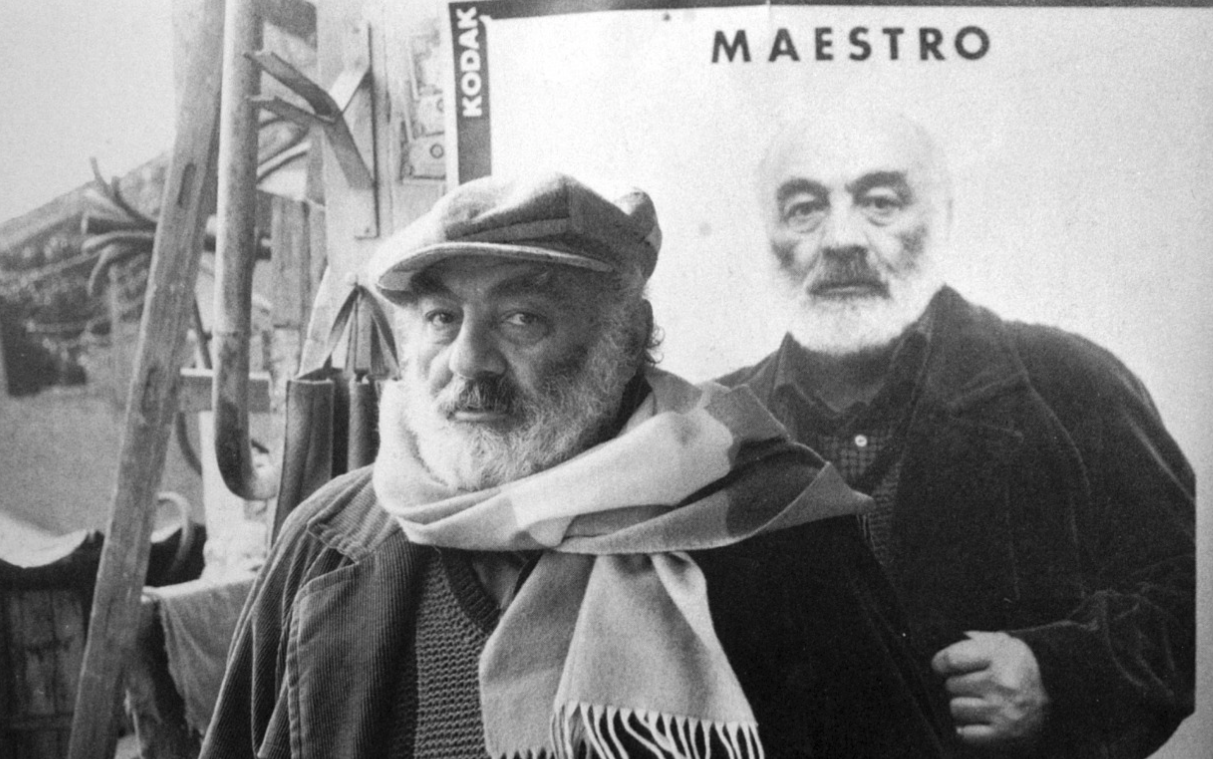