The Watchlist is Klassiki’s occasional series of themed viewing recommendations drawing from the cinema of Eastern Europe, the Caucasus, and Central Asia. In this edition, we suggest eight films that make the most of their wintry setting: from snowbound landscapes to festive favourites. 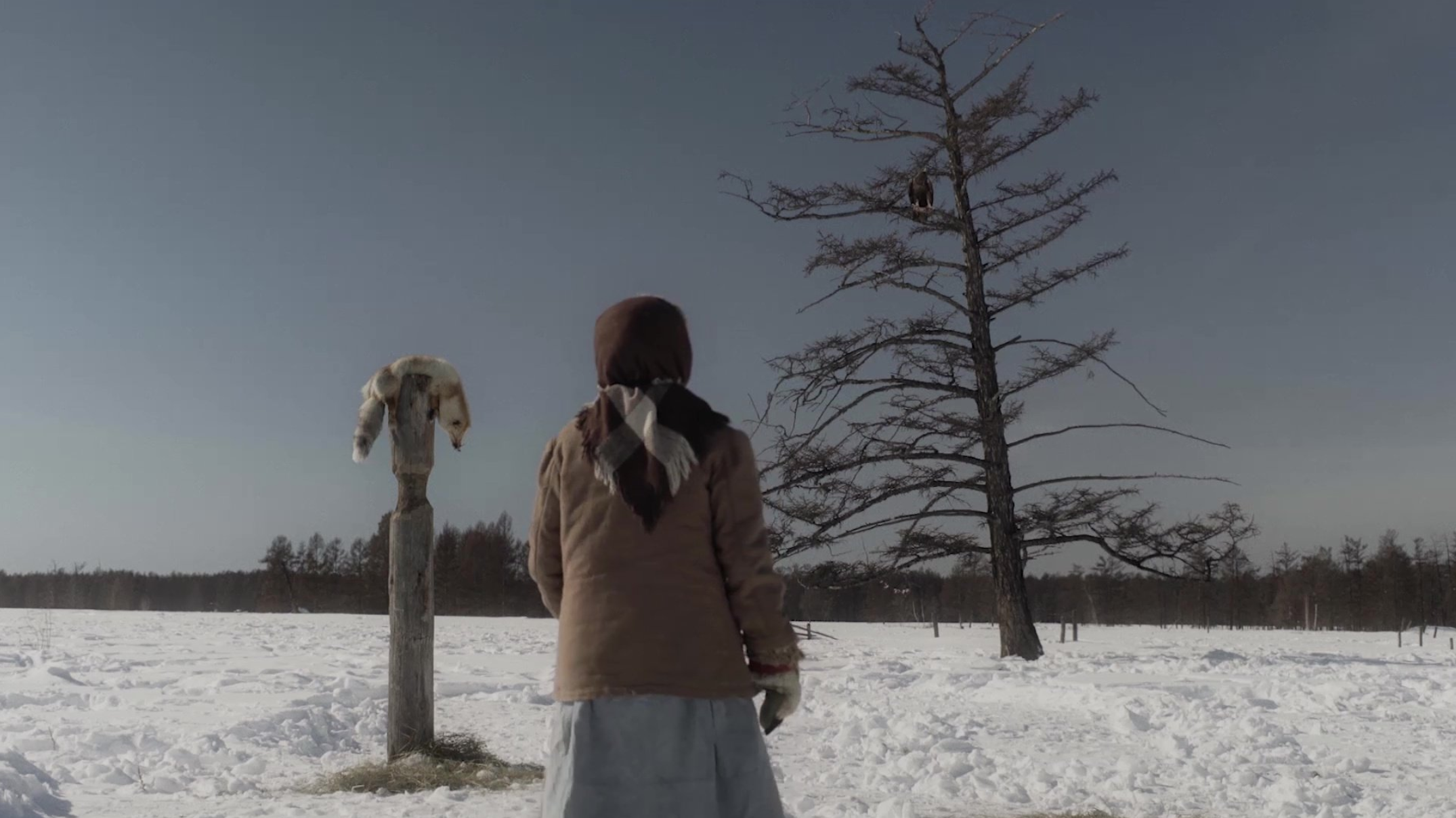 The territory of the former socialist bloc stretches from the Mediterranean to the Himalayas, encompassing everything from desert to tundra. But, meteorologically unsound as it may be, in the popular imagination the region is most associated with all things wintry: snow, pine trees, fur coats against the bitter cold. And from the far reaches of eastern Siberia, to the hills of Czechia and the mountains of Kazakhstan, filmmakers have exploited the cinematic potential of the region’s beautiful but brutal winters. Wrap up warm and delve into our pick of eight of the best frozen films for this festive season.

Eduard Novikov’s adaptation of Vasily Yakovlev’s short story The Larch that Grew Old with Me helped to propel the film industry of Russia’s far eastern Sakha Republic to the international limelight when it won at the Moscow Film Festival in 2018. Set in the 1930s in the depths of the harsh Sakha winter, this magical realist fable details how the lives of an elderly couple (fine turns from non-professional actors Stepan Petrov and Zoya Popova) are disrupted by the arrival to their homestead of a sacred eagle. Novikov captures how the Sakha people live in harmony with the natural world – even when conditions are at their most severe. But he is also alive to the region’s long history of intermingling belief systems, from paganism to Christianity and ultimately Soviet communism. A sparse, beautiful portrait of an old way of life, as crisp as a bright winter’s day.

Ukrainian-Soviet director Larisa Shepitko only completed four features before her untimely death in a car accident at the age of just 41. Her final film, The Ascent, is also her masterpiece: an austere study of spiritual conviction that uses the depths of the Belarusian winter as a testing ground for its characters’ mental and physical fortitude. Set during the Nazi occupation of Belarus, the film follows Soviet partisans Sotnikov (Boris Plotnikov) and Rybak (Vladimir Gostyukhin) as they traipse through dead, snowbound forests in search of food – before their arrest by collaborating locals sets the scene for a religious allegory of sacrifice and redemption. Cinematographer Vladimir Chukhnov conjures what critic Michael Koresky called “a physical and moral winter that envelops everything in its path”. Filming took place in January 1974 outside Moscow in temperatures 40 degrees below zero; Shepitko, who was struggling with a spinal injury, had to be carried on set on a stretcher. For the director, this bleak midwinter posed a moral imperative to the film crew: “We have tried not only to understand the pain of the war,” she later said, “but to relive it.” 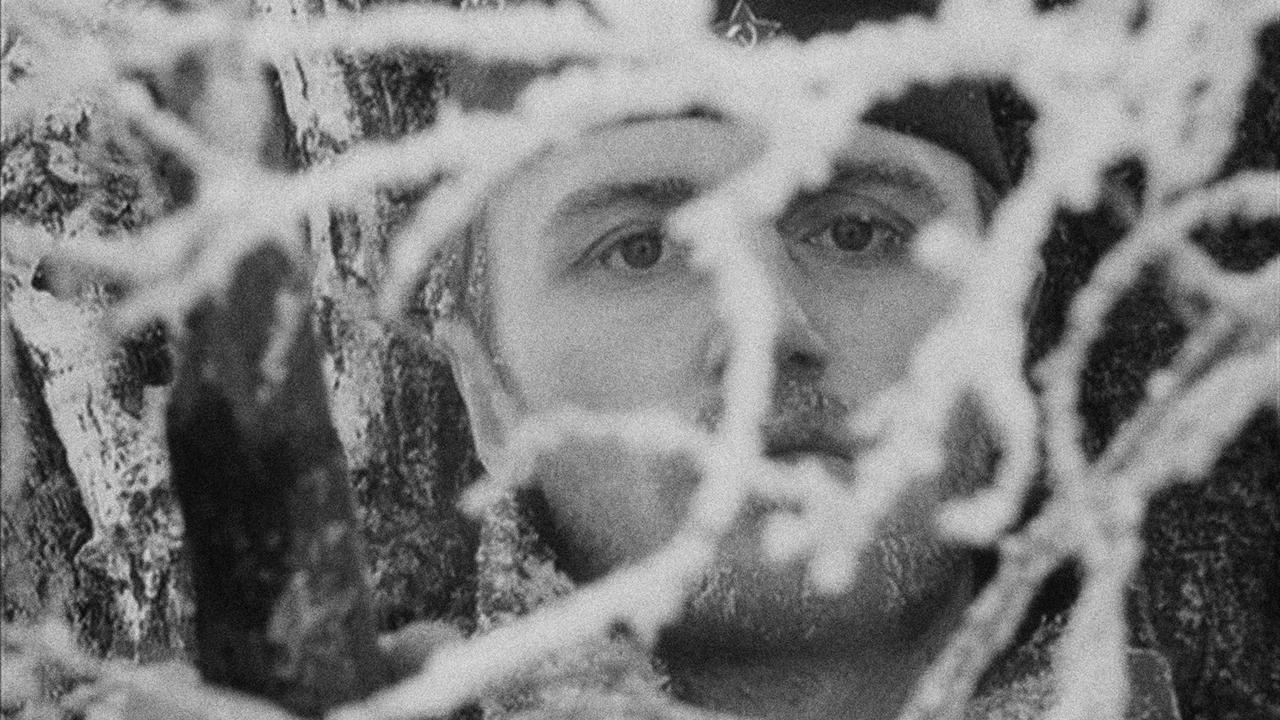 The eery titular guesthouse, high in the hills in some unnamed European country, is the setting for this Soviet sci-fi/horror oddity from Estonian director Grigori Kromarov – although the film was in fact shot in the mountains of distant Kazakhstan. Alongside the likes of Tarkovsky’s Stalker and Sokurov’s Days of Eclipse, this is one of many sci-fi classics to be based on the literary works of Boris and Arkady Strugatsky, who also contributed the screenplay. The chill of the snowy vistas beyond the windows are matched by the uncanny atmosphere inside the macabrely-monikered hotel, where things are not quite as they seem. Mixing its more fantastic elements with a visual palette borrowed from film noir, Dead Mountaineer’s Hotel has been read as a subversive takedown of the oppressive conformity of the Soviet system ­– but it works just as well as a pleasantly disquieting genre piece.

Voted the greatest Czech film of all time in 1998, František Vláčil’s intricate and expansive period epic traverses the frostbitten, mud-drenched world of medieval midwinter. Set in the 13th century, the film’s labyrinthine plot follows the daughter of a feudal lord who is kidnapped by a gang of villainous knights, setting in motion a seemingly endless series of retributions and reckonings. Vláčil’s masterpiece is often compared to Aleksei German’s Hard to be a God (2013) thanks to its similarly dense production design, freewheeling camera, and interest in man’s cruelty to man. But if anything, the Czech maestro outdoes his Russian counterpart when it comes to the severity of his vision – the bitterly cold landscapes his characters travel through functioning as a reflection of his cold-hearted worldview, all captured in stunning widescreen.

Lithuanian veteran Audrius Stonys is one of the leading figures still carrying the torch for the non-fiction tradition known as Baltic poetic documentary, and this 2016 feature is a perfect encapsulation of his principles. A portrait of wilful solitude amidst natural splendour and fragility, the film follows the work of Ausra Revutaite, a fellow Lithuanian who has lived and laboured as a glaciologist in the remotest regions of Kazakhstan’s Tian Shen mountains for 30 years, with only a cat and a dog for company in her battered Soviet-era cabin. Stonys captures this elusive, opaque protagonist with all the empathy learned over a career in filmmaking. The breath-taking, snow-capped surroundings – most of all the Tuyuksu glacier than Revutaite has meticulously observed over decades – are revealed as both seemingly timeless and incredibly fragile in the face of climate breakdown.

Watch The Woman and the Glacier on Klassiki now.

Evenings on a Farm Near Dikanka (dir. Aleksandr Rou, 1961)

The works of Ukrainian author Nikolai Gogol (Mykola Hohol in his native tongue) have inspired some of the nation’s most distinctive films: from the folk-horror stylings of Kropachyov and Yershov’s Viy (1967) to Borys Ivchenko’s The Lost Letter (1972), a key title in the national screen revival of Ukraine’s so-called “poetic cinema” movement. Aleksandr Rou may have been Russian, but his take on Gogol’s Evenings on a Farm Near Dikanka captures the spirit of the writer’s uncanny, folkloristic worldview perfectly. Drawing on the collection of short stories that made the author’s name in the mid-19th century, Rou’s film focuses in on one tall tale in particular. It is Christmas Eve, and the devil is abroad in the titular village of Dikanka. Amid carol singing, drunken revelry, and amorous hijinks, the blacksmith Vakula persuades the demon to fly him to St Petersburg in order to win his sweetheart’s affection. A perfect watch if you like your Christmas magic to be tinged with the supernatural. 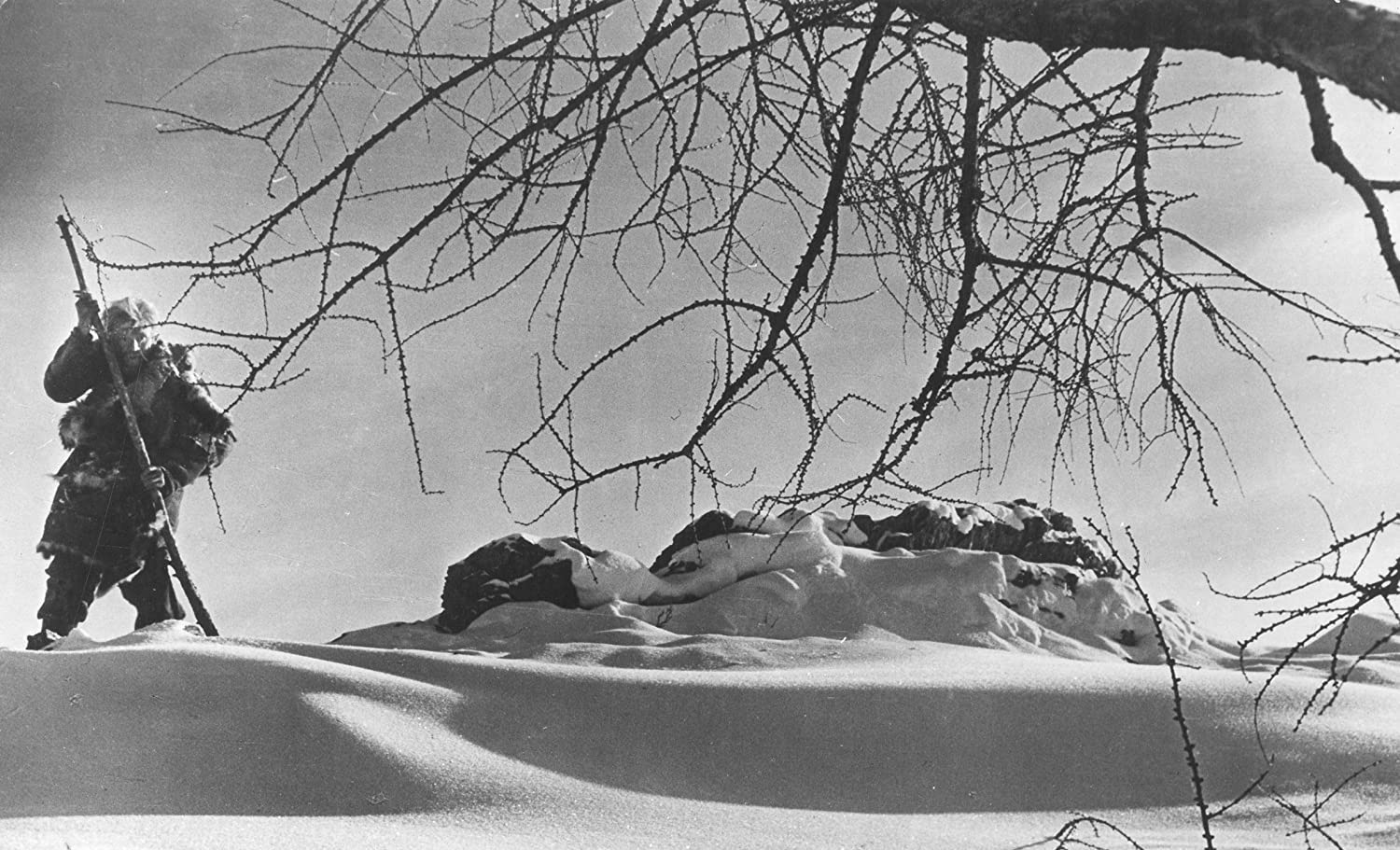 In 1957, Mikhail Kalatozov and cinematographer Sergei Urusevsky turned Soviet film on its head with their Palme D’Or-winning wartime melodrama The Cranes Are Flying. Following up this career high might have proven daunting to lesser talents, but the pair arguably outdid themselves with Letter Never Sent, perhaps the greatest film ever made about the beauty and the peril of the Russian taiga. Following a group of Soviet geologists on a remote expedition, Kalatozov and Urusevsky pull out all the stops to convey the majesty of the surroundings – and when matters take an inevitably catastrophic turn, they plunge characters and viewer alike into snow, blizzard, and ice. Adventure and disaster go hand in hand in this heady odyssey to the ends of the earth and back again.

Polish auteur Krzysztof Zanussi made his feature debut with the chamber drama about friendship and the paths not taken. Zanussi’s philosophical bent and empathetic eye for human foibles emerge seemingly fully developed in this deceptively simple story of two university friends, Jan and Marek, who reunite in the former’s home village in the depths of winter. Marek, who has become a successful scientist in the city, entreats his old study partner to return to the hustle and bustle of urban life; Jan demurs, gently undermining his interlocutor’s sense of personal ambition. Zanussi uses the stillness and whiteness of the snowbound setting, glimpsed throughout from beyond the windows of Jan’s humble home, to reflect on the frankness and authenticity of the dialogue as it weaves back and forth between reconciliatory and confrontational.